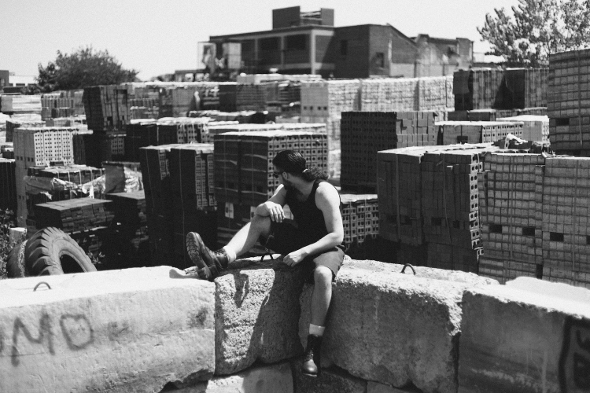 The New York artist will release a beat tape through Cult Trip later this month – get a taste here.

A rather grey looking Monday afternoon seems to be the perfect backdrop to bring news of new music from Brooklyn-based musician Gut Nose, such is the doom-laden sonic purview he seems to prefer exploring. We have Styles Upon Styles to thank for highlighting the “blunted and dilapidated” world that Gut Nose immerses himself in across a superb album and several 12″ releases. Clearly this music has made an impression on Sydney’s Cult Trip operation with a 12″ track Gut Nose beat tape entitled Citadel Supreme due on the label later this month. Fans of the chaotic hip hop assemblage that formed the A-side of Gut Nose’s Filthy City album will probably delight in the sounds explored on Citadel Supreme on the basis of the below eight-track promo teaser.