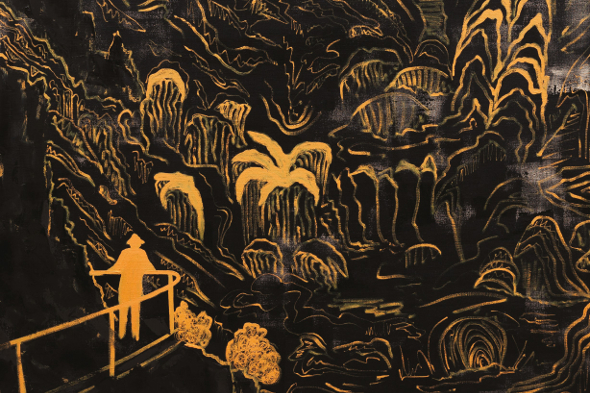 ‘Irrbloss’ is Swedish for the natural phenomenon known in English as a will-o’-the-wisp, a ghostly light that hovers over swampland. Heavily referenced in folklore, it was thought to be a fairy or undeparted soul acting as a fickle beacon for travellers, leading them to safety or to a murky demise. In a recent interview, Dorisburg said, “I am attracted to that which lies on the border between the beautiful and the unknown.” His music is located in this liminal space where beauty is inextricable from danger. The folkloric slant hints at the undercurrents of mysticism in his sound. 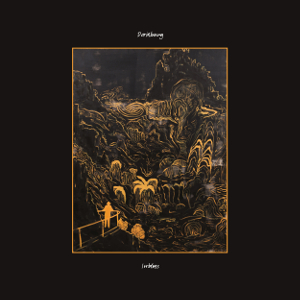 Alexander Berg earned his reputation through his collaborations with Nils Krogh as Genius Of Time, issuing disco-flecked house that caters to the dancefloor without sacrificing its class. Yet it’s his solo material as Dorisburg which has often proved the most rewarding – house that ventures into deep, psychedelic territory, glowing with evanescent melodies and tricky tribal rhythms. After ten considered EPs over six years, Berg has finally taken the leap with a solo album on John Talabot’s Hivern Discs.

Berg has a methodical approach to his music. He starts with a hypnotic rhythm that remains in place for the entire duration, layering an ever-shifting array of percussive details on top like light playing across the surface of water. He then daubs melodies onto the rhythmic skeleton like a painter, each one beautifully textured and expertly positioned. This is music that excels as a craft as well as an art.

Many of the tracks gesture at the numinous natural world of the album’s title. “Irrbloss” sends a woodwind-like synth snaking through a dense forest of drums, closing with a melody repeatedly cut short, like a back masked gasp. “Insvept” burbles along in a more abstract fashion, its smeared bleeps harmonising like birds. After the organic introduction of the first tracks, “Votiv” brings a change. Its reedy melody starts familiar enough but is soon consumed by the revolutions of a satanic bassline, re-emerging as a sleek piece of techno that reaches a feverish intensity.

The album then takes a decidedly synthetic turn, its remainder exploring darker terrain and sci-fi textures. The shift feels natural due to Berg’s keen sequencing and the split nature of “Votiv”, but it also makes sense thematically. If the album’s first tracks explored the wisps of yore, luring wayward travellers to their death, then perhaps its second half is a modern transposition of the idea – technology tempting modern man to a similar loss of self and soul.

From the twitchy dub-techno and menacing synth jabs of “Gripen” to the jittering melodies of “Sagofabrik”, these nocturnal explorations are impressive pieces of sound design. On “Gloson”, a run of cavernous, insectoid techno is suddenly cloaked in coruscating synth play.

There are two moments of shining beauty, that first glance of the wisp on the moors. “Kassiopeia” is the prettiest thing Berg’s ever put his name to, an ice forest of crystal chimes anchored by a seething, 80s-electro bassline. Closer “Cirkla” sketches something more meditative with the same colour palette as its arpeggio blooms and ebbs over a steady kick. Lured by Irrbloss, the listener finds themselves bewitched in unknown territory.