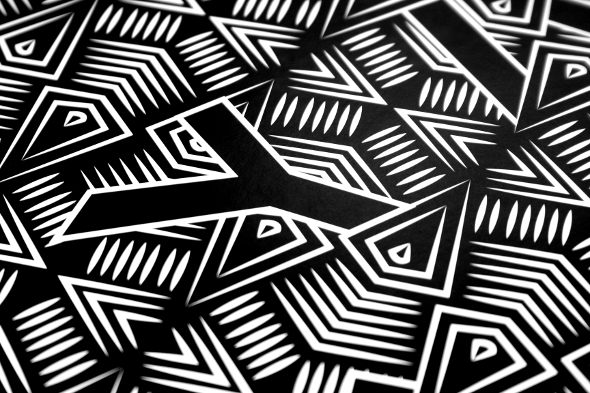 The Blip Discs story is a brief one so far, the label having only surfaced last year with a single from O’Flynn that promptly got snapped up by such luminaries as Four Tet and Pearson Sound. Despite such high profile support, we haven’t yet been subjected to the aggressive surge of headline festival slots and week-on-week podcasts that normally follow such ‘buzz’ debut releases. That may in part be down to the way O’Flynn and his cohort Tom Blip operate, and while it could all change, at present it seems as though they’re not in a rush to plaster their names and faces across every platform going. Rather this third installment in the label’s burgeoning repertoire appears in an unfussy fashion that makes the music all the more appealing. 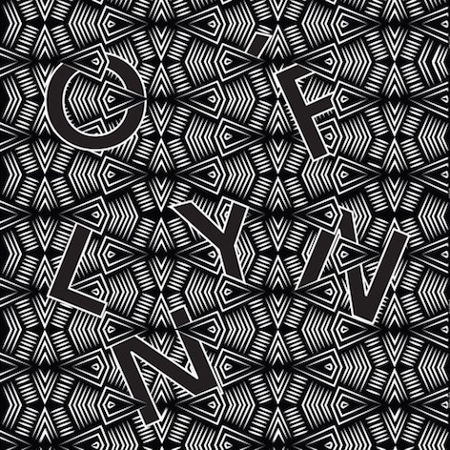 It’s worth giving mention at this point to the second release by Tom Blip, not to mention O’Flynn’s debut, as they both point to a concurrent theme guiding the style of Blip Discs overall, which focuses heavily on dexterous tribal percussion lines. This is of course a fruitful time for all lovers of house music powered by traditional ritual music, as more and more artists turn to such places for inspiration. From the exotic ruminations of the Sued camp to Sotofett’s recent bongo-rich single on Fit, by way of the Dusseldorf wayfarers and so on to scores of other artists, these days it’s either purist hardware jams or so many hand-played drums you can’t even spot the groove. Ok, that might be an overstatement, but the good news is that by and large this is an approach that’s being undertaken with a necessary sensitivity to avoid the sceptre of bastardisation, which is a touchy subject when it concerns music that has been central to cultural practice in parts of the developing world for centuries.

Appropriation is a more acknowledged malaise of Western music these days than it was before. Many will remember the controversy around Livity Sound’s use of Maori glyphs on the original run of label artwork. Personal taste and personal attachment will always define how you respond to such issues, although to a Western culture well versed in the practice of sampling it is perhaps a less sensitive subject. There are no clearly defined lines between re-contextualising a creation with the utmost of respect and appropriating spiritually significant art for personal gain, but it’s atleast interesting to note that as plucky producers from the Western world reach out to Africa, the Middle East, Latin America and so on, much of the electronic music emanating from those places is increasingly based around Western musical structures. Perhaps the term ‘appropriation’ could be eschewed in favour of ‘exchange’.

Let’s try not to go down the rabbit hole of cultural colonialism midway through a record review, even though there is much to be said on the matter. How this relates to O’Flynn and the Blip Discs style in general is that their sound is stoutly based around drums from other places, and yet in their hands those elements seem natural and carefully handled. On O’Flynn’s debut the strictly percussive track “Tyrion” perhaps aired a sense of naivety, but its intent was clear. Far from lumpen dubstep with a few cool djembe loops flown in, this was a finely balanced workout with the pressure and presence to stand up in a modern club context, but a flow that innately channeled the transcendental intentions of the source material.

Coming back for a second round, it’s obvious that O’Flynn knows what he is doing within this field, but there have also been some promising progressions that point to a producer in an exciting time of development. “Oberyn” is the drum-heavy track in question on this 12”, and it shimmers and wriggles with more detail than “Tyrion”. The dense layers of clattering tones are difficult to resist, not least when a bruising slab of sub rises to buffet them along at opportune moments. At other points a touch of warbling chord cuts through the racket, but these devices are used more as brief respites rather than awkward thematic shifts. It’s this delicacy of arrangement that has done O’Flynn proud this time around, with a greater push and pull between moments of claustrophobic intensity and a necessary breathing room.

Much like the way that “Desmond’s Empire” provided something of a melodic foil to “Tyrion” on the first record, so “Spyglass” is here to show an alternative to “Oberyn”s peak time attitude. Once more it feels like a step forward for O’Flynn as well, displaying some utterly luxuriant melodic instinct far removed from the African-infused club heat that currently hovers around the Blip Discs name. Instead a soul-drenched, broken beat inspired sensibility unfurls from this B-side gem, laden with sumptuous Rhodes keys, sultry sax and licks of guitar and vocal. It’s not a million miles from the blissed-out blue-eyed soul of Floating Points, but the drums still tumble out in intricate configurations that nod to the tribal thrills of the A-side.

Overall, there is of course a sense that many of the ingredients that make O’Flynn’s sound so enjoyable were originally forged somewhere far away, but that’s no reason to shirk his craft. Sample culture has been built around those principles for decades, and it really comes down to how the artist uses their chosen sources. Where time and time again we can be subjected to derivative, disrespectful crap in the name of sampling, O’Flynn and Blip Discs in general has shown us how to make a fine and meaningful art out of other people’s materials.