DJ Overdose & Cliff Lothar team up as The Groupies 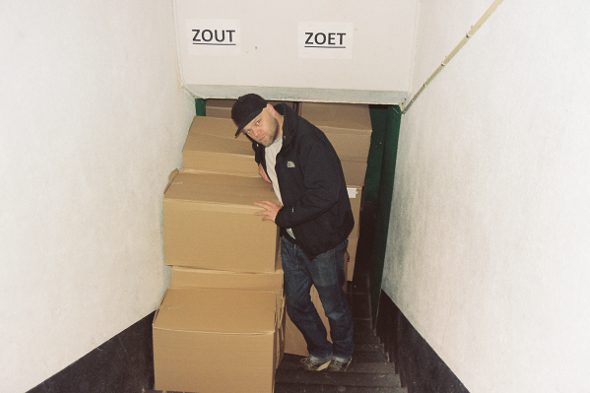 The Viewlexx regulars have formed the collaboration to launch new lable Baltermore.

In a 2013 interview, DJ Overdose (pictured above) told Richard Brophy, “the whole electro revival got saturated, then Italo got saturated and now in a few days Chicago jack will get saturated.” This might explain why one of electro’s hardcore devotees has looked to the US-inspired label Baltermore for motivation as it readies to launch itself with a new collaboration between Overdose and Viewlexx graduate Cliff Lothar called The Groupies. It provides both artists, respectively, with a second 12″ of 2016 following Overdose’s inauguration of Budapest label Dalmata Daniel and Lothar’s U Don’t Really Know K on Rotterdam’s Midlight Records.

The latter label were behind the recently tipped 10″ reissue of Das Ding’s Sequencer, and they might also be involved in his new Baltermore endeavour…. Still no word of a release date yet but for an idea of what the fledging collaboration sounds like listen to lead cut “The Groupies Are Insane“ below.