The Maghreban adds to his Output 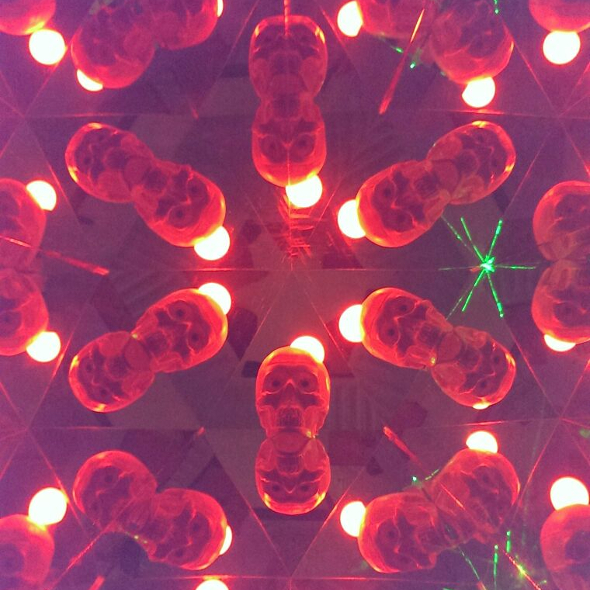 There’s a detailed back story to “Output”, a new one-sided 12″ from Zoot Records man The Maghreban, regarding the discovery of tapes dating back to a holiday in Alexandria, Egypt in the summer of 1984. You’d think this would offer ample visual inspiration for London-based illustrator and designer Ed Grace who was commissioned to develop the below video. Grace clearly prefers a challenge however and set about making a kaleidoscopic video using three full length mirrors and a whole host of real life objects that includes 24 ping pong balls, a ceramic plant pot with Crassula Ovata, a three-quater size plastic skull and a milk bottle. No filters or effects were used in the post-production of the video either. As such the visuals rotate and pulsate perfectly in time with the marauding sonics of The Maghreban.