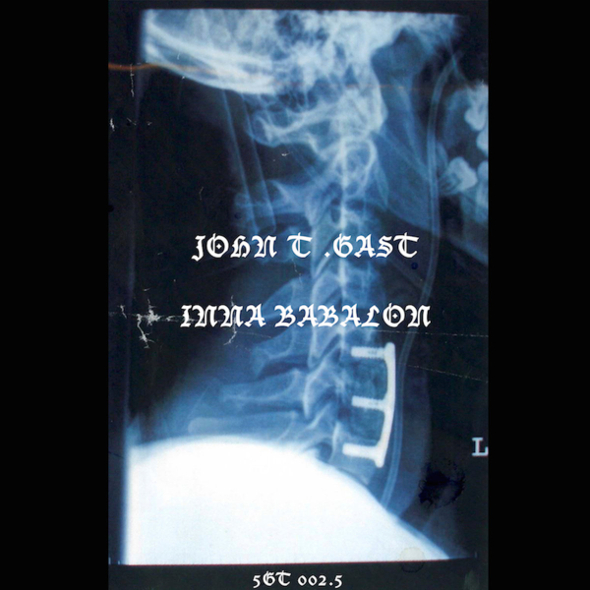 Stream a track from the low-lying artist’s new cassette album.

Attempt to trace a line through the various music projects John T. Gast has been involved in and you’ll stumble through self-released CDrs, random labels that have been discarded after just a few releases and album production credits for Dean Blunt and Inag Copeland’s Hype Williams act. All of which makes last year’s Excerpts album from Gast on Planet Mu such a frustrating anomaly, a rare excursion above ground with the acclaim and praise laid at its door seemingly sending him scurrying back into the shadows.

Whilst the mooted vinyl reissue of Gast’s Invocations II mix for Blowing Up The Workshop seemingly never got a reissue, the producer has resurfaced with a new set of recordings in the shape of Inna Babylon. Newly released on the 5 Gate Temple label, the eight-track tape follows a low-key effort from Top Nice affiliate Tribe of Colin and can be ordered direct from their bandcamp. As a taste of what to expect, you can sink into the eight minutes of fizzing, percolating ambient noise that is “Babl Callin” below.