Willie Burns next on Ultimate Hits

The WT Records man returns with Where Has The Love Gone.

Surfacing last summer with close ties to Glasgow institution Rub A Dub, the semi-ironically named Ultimate Hits has adopted a ‘if it works in the club, it works for us’ policy for their output to date. A debut split release featured the searing dubstep cut “Skank” by Lighter alongside house and techno tracks by 1080p man MCFERRDOG, Bryan Kessler and JC Williams. Since then Ultimate Hits have sought out full 12″ releases from Kessler and MCFERRDOG under his given name Max McFerren, and coaxed a superb record of stripped down DJ tools from Peder Mannerfelt.

It now transpires WT Records founder William Burnett has answered the call from Glasgow for more Willie Burns material with Where Has The Love Gone due on Ultimate Hits next month. Described simply as “trancers, dancers and sweet romancers,” the four tracks naturally find Burnett channelling the sounds of dance music’s past in a refreshing and ear-catching manner. Fans of Burnett’s weekly WTBS radio show may recognise the closing title track which got an airing at the end of 2015 when Jackmaster was a guest – listen to that here.

Ultimate Hits will release Where Has The Love Gone by Willie Burns in late April. 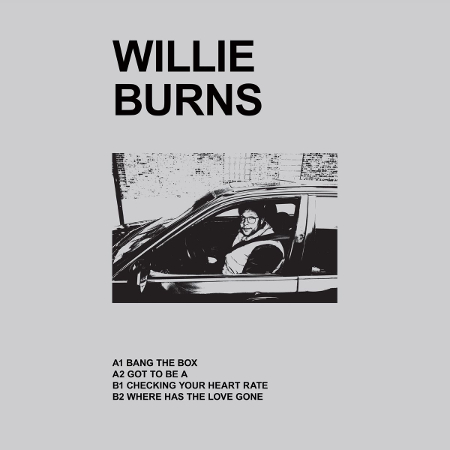