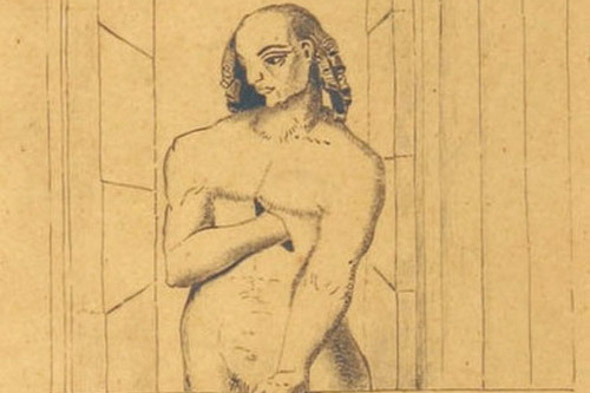 Voodoo Down co-founder and Flaneur Audio boss Christopher Ernst has been steadily building up a catalogue on his own terms as L’estasi Dell’oro. As well as appearances on his own labels, there have been notable spots on Stefan Goldmann’s Macro label, not to mention last year’s I Look Upon Nature While I Live In A Steel City album for Field Records. This all follows on from earlier works as Penalune that found a home on STL’s Something imprint, taking the shape of CDr albums amongst other morsels. Now the New York-based artist is set to release a cassette document of a recent live performance thanks to local party promoters Con/Form.

Ernst performed a live set for Con/Form at NYC club Home Sweet Home on January 14 of this year, working his electronics and guitar alongside the hypnotic spoken word trysts of Sadie LaPierre pontificating on all kinds of space jargon. In line with Con/Form’s plan to start releasing limited tape editions of performances from their party, you will soon be able to nab a copy of this live techno happening that echoes Space Time Continuum’s ambient excursions with Terrence McKenna back in the ‘90s. Those keen to invest in the tape can do so here, and we’ve been reliably informed that a radio show Ernst recorded a few weeks later for WNYU show Bentwave captures a similar mood. You can listen to the swirling trip of the set in full below.