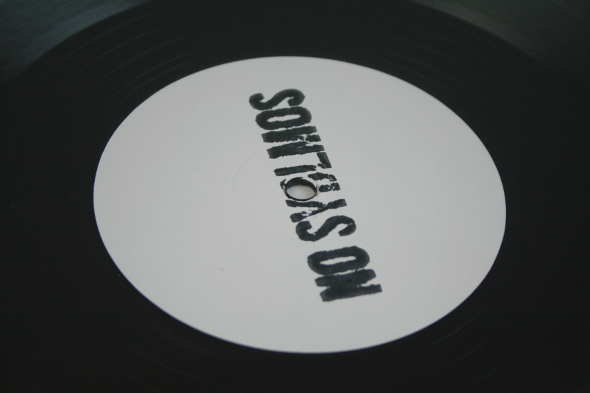 Beneath has been warping disparate sounds into ice-cold productions since his debut outing arrived on No Symbols in 2012. His dark, electronic hybrids quickly caught the attention of many of the scene’s big players, with labels such as Tectonic, Keysound Recordings, PAN and Berceuse Heroique locking him in for releases. Now after a two year hiatus from his personal imprint, he’s back with the fifth No Symbols instalment. 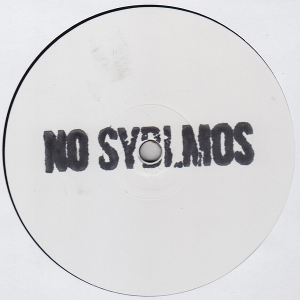 Beneath’s work is often genre-defying, but the strand that ties everything together is the distinctly UK-flavour present throughout. Hallmarks of grime, garage, funky, jungle, dubstep and bassline all feature prominently in his music, whilst also incorporating influences from techno, dancehall and house. This home-scene focus is demonstrated through the interplay of sounds in NOSM005’s A-side “Giv Sum”.

Beneath takes Bebe Dozier’s diva vocal from the 1992 single “Some Lovin’” by Miami house duo Liberty City and underpins it with foreboding dubstep sub-layers that reverberate ominously. A murky atmosphere is created, ruthlessly stripping away the good feeling from the endlessly repeating vocal, making it sound deranged rather than vivacious. Jagged industrial techno elements straight out of the school of Perc, Surgeon and Karenn are then introduced, further plunging the US sample-led track into the UK underground.

Flipside cut “Sprung” is more chaotic, with a spiraling synth that leaps menacingly across the outer layer like Spring-heeled Jack from a Victorian nightmare realised in aural form. But buried below this swirling maelstrom there’s an intense precision to Beneath’s production. Building from a single programmed kick, he constructs layer after layer of percussive textures that are both complexly arranged but also functionally floor-primed, providing the foundation to move your feet to complement the synths to bend your mind. A centerpiece breakdown precedes all the elements coming back in with twice the ferocity: the synths now sound like they’re whooping manically, storm cloud low-ends rumble forward, and the crashing kicks and snares land with even greater force. Jamie xx take note: this is how you keep it UK.