In addition to his regular collaborative projects, running the Off Minor label and being consistently entertaining on Twitter, Jordan Czamanski still finds the time to dip into other modes of creation. His joint effort with Max D as Zsa Gang, as well as his contributions to last year’s Lifted collaboration, are both notable examples. Outside of Juju & Jordash and Magic Mountain High, however, Czamanski is surely better known for his releases as Jordan GCZ. These forays into solo production have occurred somewhat infrequently – about once annually since 2013 – and while they’ve varied considerably in tone, the level of quality has proven reliable. Whether in the heads-down deep house of Crybaby J; the rollicking, multi-flavoured textures on Digitalis; or the altogether different whimsy of the first Lushlyfe instalment, he has emerged as one of the most interesting and multi-talented names in the game. 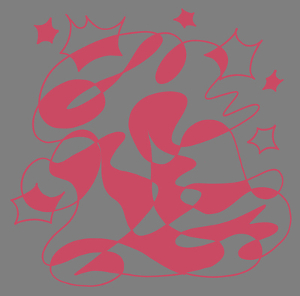 Czamanski’s latest, a fresh entry into Rush Hour’s unvaryingly on-point and out-there No ‘Label’ series, is a follow-up to that first Lushlyfe EP, which was released via the same sub-label early last year. Johann Kauth (AKA Cosmo Knex) is once again responsible for the artwork, making these two records beautiful bedfellows worthy of prominent display at home – or a cheeky bit of conspicuous consumption-inspired bravado for the Instagram set. Loosely arranged and psychedelic, the silk-screened sleeve serves as the ideal visual packaging for the music tucked inside, which is every bit as esoteric as that of its predecessor’s.

“Sweet Dreams” begins with a playful drip, gradually revealing an ever-more dissonant melody dotted by the irregular sprinkling of jangly bells and new age vibrato twinkle of flute. What seems a bit off-kilter at first eventually resolves into an engulfing reverie of cascading synths, and evolves seamlessly into “Yetghua” thanks to what sounds vaguely like the crashing of waves. Here, delicate piano chords and steady thumps are layered over the infectious, subterranean lilt of a guitar, with some indistinct vocal warbling thrown in for good measure. It pulses softly, sweetly, a gauzelike soundtrack equally suited to both the morning and evening varietals of half-light. Czamanski takes his time in reaching an end, as if meaning to send his listener off into a blissed-out sleep – the kind that’s only worth waking from in order to hear the b-side.

And indeed, B1 marks a noticeably more jazzy change of course. Dominated chiefly by the eerier, atonal counterpart to any synth flute heard on Lushlyfe II thus far, “Sus” distends in quiet defiance of temporal logic, seeming to occupy a space much larger than would seem possible given its short duration; for lack of more poetic phrasing, it’s an oddly beautiful, breathy little headfuck. “Bol” feels similarly itinerant, its soundstage rendered through a series of warm, pleasing chords; distant bells; and wraithlike whirs. Elegiacally performed, it’d be incredibly tender a closer as it is, but it’s in the resonance of overdubbed croons – and a curious flute trill to finish things off – that Czamanski really reaches revelatory heights.

Simply calling this EP “lush” would be too obvious, but it is a contemplative, sensual exercise in richly-layered experimentation which is ultimately rewarding. It may be abstrusely impressionistic – and as a consequence, hard to follow – for some, but for the anorakish dreamers among us, these are uniformly delightful landscapes to get lost exploring.