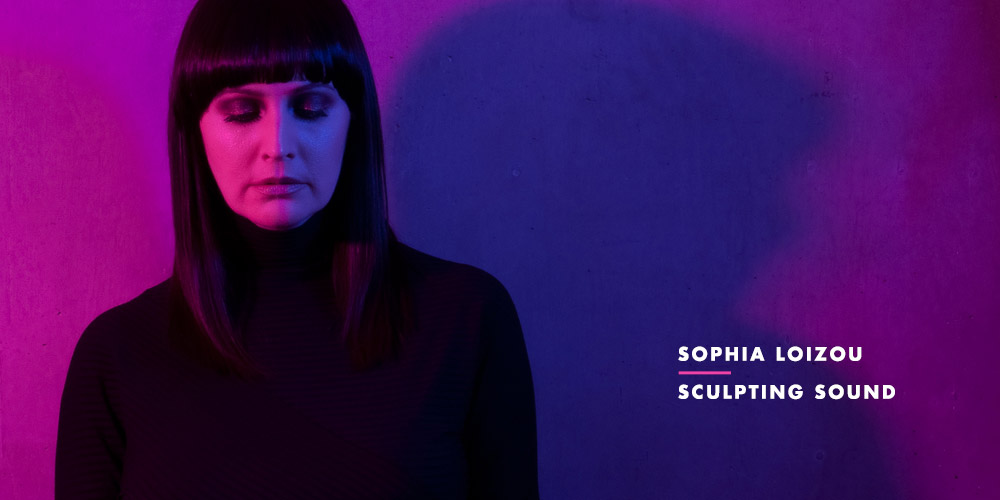 Aurora Mitchell catches up with Bristol-based sound artist Sophia Loizou to discuss the methods and memories that went into her excellent new album Singulacra.

The sky feels appropriately grey the Friday morning that I call Sophia Loizou to talk about her second album Singulacra. Not only does half of the LP’s artwork depict a moody sky, the album itself is steeped in granite textures – inside you’ll hear crackling sounds reminiscent of loose stones tumbling into pavement crevices. Loizou’s mood, however, is sounding anything but downcast as we talk. Running through the inner workings of her debut for Kathexis as she sits in her Bristol apartment, Loizou is all smiles and laughs as she recalls how Singulacra came to be released on Brent Tanrelo & Ricardo Donoso’s label.

Kathexis was launched with Donoso’s fifth album, A Song For Echo, in late 2014 and less than two years later, the label now has a heavy handful of carefully picked releases. “He dropped me a line and said he really liked Chrysalis and asked if I had any more material,” Loizou reveals of her introduction to Donoso in early 2015. Intrigued, she then listened to Donoso’s A Song of Echo and tells me, “I thought it was in a similar world,” and then made the decision to call Kathexis her home for Singulacra. I sent him some works in progress at the beginning of 2015,” Loizou explains, “I was all done with it by about April.” The dark, cinematic ambient and experimental focus on Kathexis feels incredibly suited to the work that Loizou is producing.

Loizou grew up in the north of England in a small town just outside of Blackpool where it was very quiet, especially in a musical sense. A move to Bath to attend university offered a step towards the sort of music environment she was interested in. I’m told Loizou has been making music for a long time, but took a break for a few years after finishing her degree in music technology at Bath University in 2002.

Focusing her energy elsewhere, she talks happily about what was happening in those in-between stages. “I’ve got two children so I spent a lot of time doing other things, building a boat and travelling around. Working as well! Doing lots of workshops for young women.” 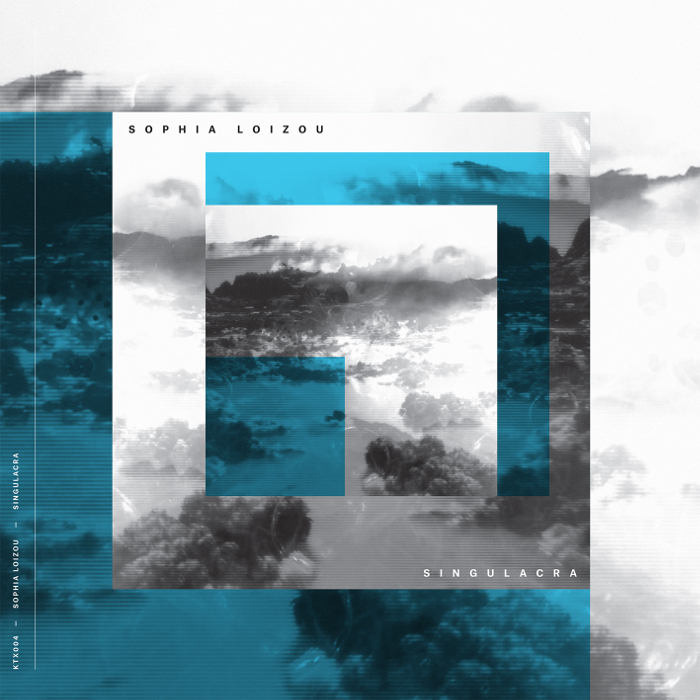 Recent years have seen a noticeably increased drive to create and sustain platforms to offer women the chance to become more involved in the technical side of music. The workshops Loizou mentions to me give women the chance to explore music production, but that’s not her only involvement in the academic aspect of her passion, as she explains: “I’ve done loads of work in education. I’m currently the course leader for a BA in music production in Bristol.”

Loizou describes her family and music commitments, and the self-improvement side of things, as “a fine balancing act,” adding she has plans to start a PhD in the next year or so. While academia is a big part of her life, the music Loizou releases isn’t what you would describe as academic. It’s a mix between electroacoustic techniques and more upfront dance music; Singulacra – in particular – takes some of its inspiration from old pirate radio transmissions.

“With radio it’s really the feeling that it sits out there, never vanishing really but is a layer away from what’s classed as real,” Loizou says. “I love the abstraction and the grain,” she adds. “For me, it’s much more about the materiality of it. I love that it’s got a really obvious grain to it and one that communicates a set of ideas widely.”

The influence of pirate radio on Singulacra relates to her experiences of music in a real life setting when she was younger. Midway through our conversation, she mentions the similarities between going to raves whose locations were revealed through handed out phone numbers, and the unreal qualities of pirate radio. The ‘90s era of pirate radio was focused heavily on jungle, drum and bass and garage; on Singulacra, the breakbeats that made these genres slip in and out of the record in sections, especially on “Artificial Infinite” and “Genesis 92: The Awakening”. The latter feeling familiar, even comforting. 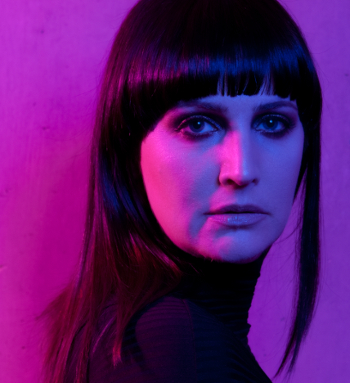 Loizou’s use of breakbeats in both tracks feel like driving in a car with an illegal radio station on full blast; as you cruise through different districts, the radio signal keeps cutting out so the sounds fade in and out without warning. Placing it within a frame of context of recent dance music, Singulacra has that same warm, grainy atmosphere as someone else’s music who draws heavily from pirate broadcasts – Burial. “Yeah, definitely, I love his work and think he’s amazing,” Loizou enthuses when I ask her if there’s any connection between her work and the elusive producer.

Singulacra marks a noticeable shift towards dance music whilst retaining the swampy depths of drone that she explored on Chrysalis. “Each track was a deconstruction of dance music elements that I was into many, many years ago when I first got into electronic music,” Loizou clarifies, “it was a way of exploring a lot of different processes and tying together electroacoustic and more traditional dance music.” The sub-bass is even clearer, more pronounced than it has been in her work before, the kind that can only be fully appreciated in the dark of night with headphones on.

The relationship between electroacoustic and dance music is one that Loizou thinks a lot of people are experimenting with now. Not wanting to make records that completely rely on electroacoustics – a style of production that turns acoustic sounds electronic (or vice-versa), Loizou notes that music solely in that realm can “feel really detached from the human element.” Incorporating electric sounds into a framework of classical composition means her production processes combine elements that have more of a real world reference. “A lot of electroacoustic music can be really, really abstract to the point where it can be quite difficult to hold onto anything.”

Singulacra also deals in a lot of archival recordings. I ask her what was sampled on the record. “Little fragments of various things,” she says, “lots of old tunes and radio. Lots of resampled stuff of my own from a long time ago as well.” Disembodied voices pop up now and again; vocal textures that never quite form into distinguishable words to short burbling snippets that sound like a spectral choir echoing from within a cave. “It might start off as a voice that might say something and then I’ll stretch it out, granulize it,” Loizou explains of her process for manipulating vocal samples. 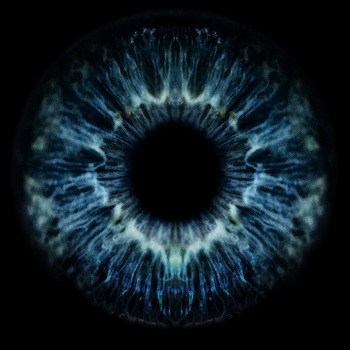 Loizou continues to explain the processes involved in making Singulacra. “I use sound as material and the sound really dictates the structure,” she says, adding, “there’s not much synthesised stuff on there, a lot of resamples of my own materials and materials that I’ve gathered from various sources.” These include field recordings and sounds recorded whilst she drove around Bristol, to resampling music archives.

For Loizou, “using processing to try and squeeze the most out of as little as possible” is central to her approach to making music. “It’s a very fluid process,” she adds. “In some, they definitely started off more drone-based to create textures that communicate something in the same kind of world as maybe a shorter gestural statement.”

Words with concrete meaning like ‘material’ and ‘shapes’ keep popping up in our discussion, so I ask Loizou whether she considers sound to be an object. “There is a school of thought around sound as an object,” she begins, “it’s talked about a lot in electroacoustic music. An object feels like a really 3D, solid thing.” After a moments pause, “yeah I guess I do see them as objects,” she adds with a laugh.

“I like the fact that you can reconstruct them and pull them apart and see them from different kinds of viewpoints. Whenever I think of an object I think of something three-dimensional, a sculpture, and I guess in that way yes – I definitely sculpt sounds,” Loizou explains. Exploring things that are real and concrete appears to be a central principle of Singulacra.

The technical side of making music shifted quite significantly whilst Loizou was recording Singulacra. “I was on a real fast catch-up with computing,” she admits. “When I was first writing music, everything was much more out of the box. I had samplers and a couple of synths.” The way that technology has been evolving over time is something that has fascinated Loizou and feeds into her work. Working closely on the computer has made some of her processes much easier to configure, especially when it comes to sampling.

“Years ago, even something as simple as cropping a sample is something you had to pay full attention to,” she starts, “the fact that everything sample-based is very quick within a computer so in terms of processing, you can just layer and resample and you have so many tools at your fingertips.” 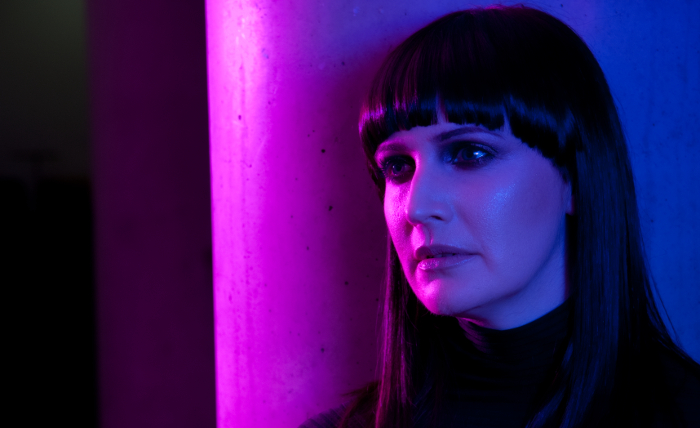 Making her work computer-based led to an interest in ideas around the speed of progress and further into super intelligence and artificial intelligence. “I watched a film back in 2012, The Singularity, which in a way has similar ideas to Nick Bostron’s Superintelligence.” The actual title of the record, Singulacra, is interesting, seeming to be a hybrid of the words ‘singular’ and ‘simulacra’ which in turn feels extremely fitting considering the Kathexis mission statement mentions that same word: “a home for artists and bands with a truly unique approach and singular vision.”

Ideas of artificial and super intelligence are indelibly linked to science fiction and Loizou was taking cues from the materials she was reading and watching. There’s a track on Singulacra called “The Voices of Time”, which is named after a J.G. Ballard story. Loizou is quick to note she finds inspiration from sounds itself more than any other visual or physical object. Her last album, Chrysalis, explored the conflict of the balance between nature and technology but there wasn’t any overtly conceptual level involved in Singulacra. Instead, the ideas and approaches that Loizou mentions serve as inspiration but aren’t the core of what Singulacra is about.

“It’s more of a textural exploration of materials that I have a strong connection to which is why a lot of it came from my old hard drives and working with sounds that over time have meant different things to me,” Loizou notes regarding the personal nature of Singulacra.

Loizou explains that while a lot of the ideas behind Singulacra are rooted in the surreal or unreal, having the human element to the record was paramount. “I wanted to create an environment that was immersive and captures a human element but also looking at the grain of much less human sounds,” Loizou says, “I love the balance between the abstract and the imagined and real world.”