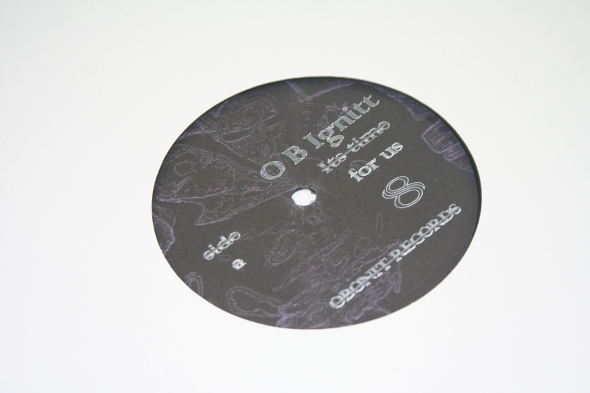 Omar ‘O B Ignitt’ Harper is a close associate of Omar-S, and it was their appearance together on the 2012 FXHE release Wayne County Hill Cop’s (Pt 2)  that brought him to the attention of Detroit house fans. It was not Harper’s first brush with music however, having previously worked in the shadows on numerous R&B projects as a producer. For anyone with even a passing interest in house music, it was one of the most welcome career moves and Harper has since released a string of excellent records, almost exclusively on his own Obonit label. 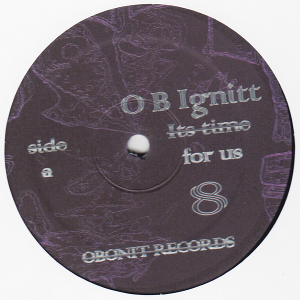 This fifth release, confusingly titled 8, further develops the O B Ignitt sound. Inspired by the sound of ‘90s US house as much as European dub techno, it inhabits a similar space to some of the Omar-S material. “It’s Time For Us” sounds like an update of the deep house style pioneered by Guidance and Prescription back in the ‘90s, with pre-orgasmic vocals describing making love ‘under the stars’, accompanied by melancholic organ playing and a robust bass. As the track progresses, Harper shows his musical prowess and lightens the mood by adding in some beautifully flowing piano keys.

“Synth Spackle” offers a different perspective; the kick drums are harder and louder, the percussion is dense and driving and there is no semblance of emotion. In its place is a crackling, broken synth riff that sounds inspired by old Chain Reaction records, spluttering its way like a heavy smoker over the primal rhythms.

The previous release to 8 on Obonit was Star Gazing, a collaboration with Detroit dub techno artist Luke Hess, but “Synth Spackle”, authored on his own, suggests that Harper is capable of moving effortlessly from the raw emotions of “It’s Time for Us” to heads-down, tracky abandon. Expect to hear more great things from O B Ignitt this year.