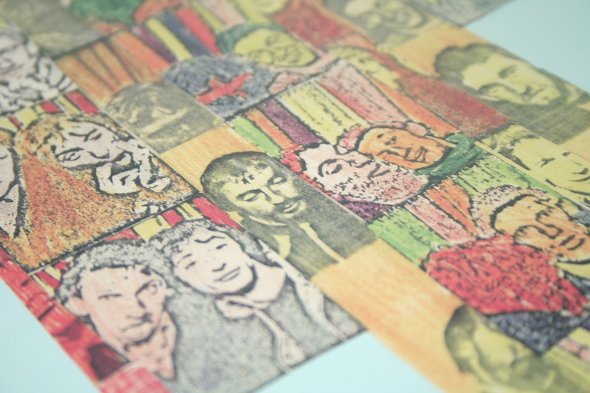 There are numerous reasons for the recent revival of interest in cult British fusionists Woo – not least for their uniquely broad palette of influences and the hard to pigeonhole nature of their material – but the duo’s willingness to open their archives to interested labels has undoubtedly played a part. Until Drag City Records reissued their 1989 sophomore set It’s Cosy Inside back in 2012 (closely followed a year later by an Emotional Response repress of their infamously hard-to-find 1982 debut, Whichever Way You Are Going, You Are Going Wrong), the Wimbledon-raised Ives brothers were only of interest to a handful of in-the-know collectors. 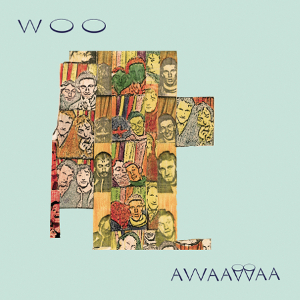 Since that point, they’ve responded to demand by allowing Drag City and others to rifle through boxes piled high with cassettes of home-made recordings that have previously never seen the light of day. In 2014, a selection of these tracks was made available on the admirably eccentric When The Past Arrives. Predictably, they hit the spot, once again confirming the duo’s seemingly instinctive ability to create atmospheric, entertaining music that touched on a myriad of genres, whilst retaining a trademark looseness, immediacy, and lightness of touch.

Two years on, Palto Flats has decided to repeat the exercise, persuading Mark and Clive Ives to once again open up their vault of previously unissued demos for plundering. Awaawaa focuses on material recorded in their bedroom studio between 1975 and ’82, in the run-up to the release of their now infamous debut album. Predictably, it’s packed full of imaginative, atmospheric and entertaining instrumental music that seems to inhabit a sound space all of its own.

While the majority of tracks are little more than inventive doodles, or quick-fire sketches built around a handful of great ideas, there’s little denying the far-sighted nature of the brothers’ production. Lo-fi guitar lines come drenched in reverb, homemade synthesizer sounds are routed through delay pedals, and snatches of clarinet are combined with drowsy electronics to create the kind of spun-out ambient tracks that would later become big business during the rave boom of the early ‘90s.

What dazzles most about Woo material is often its sidestepping construction, not to mention the sheer breadth of the brothers’ influences. “Fun, The Final Frontier” sounds like an unlikely fusion of Gigi Masin’s 1980s new age ambience, Acker Bilk’s “Stranger On The Shore”, and fairground organ music. “Robots Dancing” seemingly blends krautrock, jazz and Kraftwerk, while “The Goodies” drags jazz-fusion through a hedge backwards, adding dub reggae and punk influences along the way. Then there’s the modal drone meets frazzled jazz of “Homage To Matta”, the psychedelic Balearic dub of “Green Blob”, and the exotic, Persian dream world that is “Awaawaa”.

Even their attempts to nail a particular sound – say spaced-out dub on “Sympti”, the experimental synthesizer music of “Odd Sprial”, or the Radiophonic Workshop style soundtrack throwdown “Wobbly” – end up sounding distinctively different to their obvious inspirations. Perhaps it’s this, as much as their wonderful way with cross-genre fusion, that makes Woo’s music essential listening.