Scientific Dreamz of U – Afloat, On Complex Wings 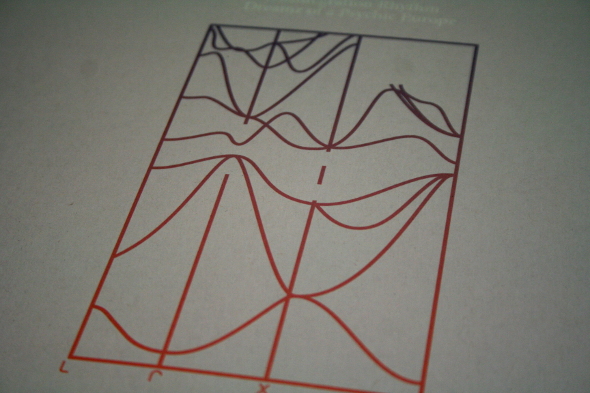 If you spend any amount of time looking into the modestly sized footprint Scientific Dreamz Of U has left in the digital tundra where we engage with music, you’ll catch onto an immersive aesthetic quite quickly. The videos that accompany his tracks from releases for 1080p, Tabernacle and Bokhari seem especially engineered to give the impression of a curious time flux. It’s not that the SDOU sound is completely retro-fetishistic, and indeed the videos manage to bridge the gap between the haunted spectre of vintage found footage and more modern filming, but in a very particular choice of imagery and tones alike a feeling of intense nostalgia seems to hover around the body of work associated with the artist. Even his Boiler Room appearance last year saw the usual goldfish bowl viewfinder shrunk down to be framed by schlocky early ’90s computer graphics. 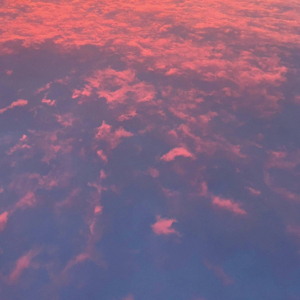 Of course these signifiers are being reached for across the internet (and even sometimes in the real world), but there’s something quite honest about the intent with which SDOU has embraced the art of presentation, creating a myth around his music which makes it all the more appealing to engage with. Considering he’s only three releases deep, one of them a split with Junior Loves, there’s an impressive stature to the London-based artist’s presence, and his sound steps up to it. Those aforementioned singles for Bokhari and Tabernacle ably laid out a brooding template laced with hope and meditation, but this new slab for the latter sees the game switched up for a more aggressive approach indebted to industrial and new beat where previous influences were only implied.

“Dreamz Of A Psychic Europe” is the most obvious case in point here, even if its stripes don’t reveal themselves straight away. In fact, the opening strains of the track come on in a similar fashion to previous SDOU material, albeit with a slightly darker outlook. Patient drums thud away underneath warm yet dread filled pads, a kind of new age sound for darkened souls. It’s at the three minute mark that the track surges into a new realm where Ministry can be felt lurking with sinister intent, the beat pushing up into a new rock-ist display of brawn while the synths open wide to show their teeth across some rabid arpeggios. While stopping short of the abrasiveness of much industrial, you could in some ways equate the feeling on this track to the smoothly rendered kinkiness of Nine Inch Nails’ Pretty Hate Machine, all the sweat and sleaze but less of the blood and guts.

Opening track “Disintegration” is no slouch either, pushing towards the intensity of Nitzer Ebb et al with an urgent tempo and more of those grinding rapid fire lead lines, but it’s as the track progresses that the deeper shades of the track reveal themselves. Far from new beat by numbers, in the undulating peaks and troughs you can hear SDOU calling upon the transcendental qualities of early 90s dance music and rendering them with a sophisticated modern élan.

“Precision Monolithics (Nitebar Adjustment)” moves with the same forceful thrust as “Disintegration”, and similarly EP closer “New Dreamz Of The Flesh” takes on a slower, seedier gait in line with “Dreamz Of A Psychic Europe”, and beyond these parallels it’s hard to refute the fact that the same motifs are being employed throughout the record. However it’s hard to find fault with this consistent approach when it is executed so impeccably, not least on the gorgeous throbbing breakdown at the mid-section of the aforementioned last track. Even if the goth-tinged melodies bleed into one another and those sticky wads of synth become cloying in your ears, the lurid world SDOU has conjured up on this record is a step on for the artist himself and a new delight for the deviant souls drawn towards such sounds.

A1. Disintegration Rhythm
A2. Dreamz Of A Psychic Europe
B1. Precision Monolithics (Nitebar Adjustment)
B2. New Dreamz Of The Flesh