This latest release on Brokntoys follows last year’s Invisible Darning split approach and shows that the UK label is helping to move electro beyond its limited purist fan base. While the tenet of electro not compromising is at the heart of everything Brokntoys puts out, this split release nonetheless showcases open-minded, outward looking developments. Like the aforementioned Invisible Darning, it brings together well-known and upcoming artists and this mixture ensures that experience and exuberance are both well-represented. 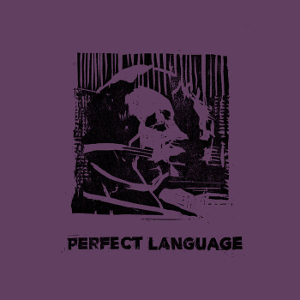 Etcher, from Sweden, is one of the featured newcomers. He has only put out two EP prior to this release, and on “Departure”, his focus is on grimy, grainy acid. Densely layered sound scapes and waves of 303s come together over a groove that swaggers at times indecisively between straight 4/4s and a stepping rhythm. By contrast, Dutch duo Syncom Data have been around since the late ‘90s and have put out records on SD and Bunker. The pair’s version of acid-influenced electro is more understated and detached; on “UnphAzD (Strings Attached)”, the 303s are lower in the mix and eventually give way to a dreamy synth segue. Overall, it feels like their approach is more considered than Etcher’s raw energy.

Junq, from the UK, also has just a handful of releases to his name. Despite this, on “303 Days on Kepla-47c”, he sounds reminiscent of vintage Silicon Scally. 808s roll in like thunder breaking, the subs have gut-wrenching power and the percussion has the same relentless metallic feeling as the very best work from Carl Finlow’s alias.

Closing out the release are Austrian duo Microthol, who have been long aligned with the Vienna label Trust. They contribute “Mod Electro Mix 4”, which inhabits a similar space as Junq’s track. Once again though, experience shines through and whatever the slightly detuned bass and sparse, metallic rhythm lacks in energy, it makes up through its cold, alien sensibilities. Perfect Language shows that electro’s present and future is in safe hands.