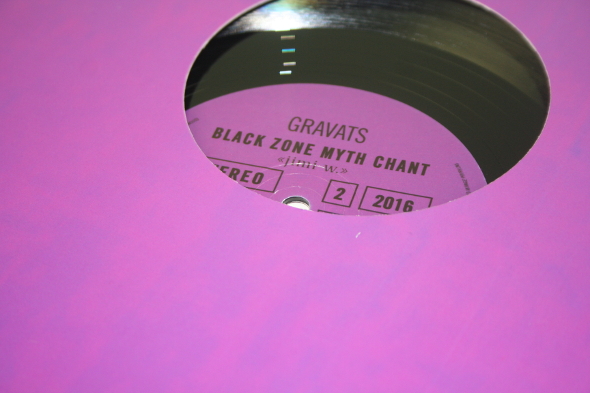 Few albums of recent years have been quite as wild, odd, exciting and jaw dropping as Black Zone Myth Chant’s Mane Thecel Phares. To these ears, at least, it was an explosion of colourful, aural inventiveness, where vibrant synthesizer flashes rubbed shoulders with intense, juke-influenced beats, mutant tribal polyrhythms, smacked-out tribal sounds and lashings of acid-fried, hallucinatory darkness. Some, naturally, would have found it exceedingly difficult to listen to; others, like myself, hailed it as one of the most dazzlingly bizarre but brilliant records of recent years. 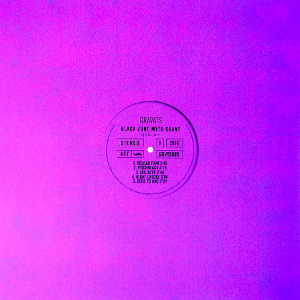 Black Zone Myth Chant excursions, relatively sporadic as they are, seem to feed off similar influences, whilst adding a layer of rhythmic intensity lacking from his hypnotic, slowly unfurling High Wolf material. It’s as if he feels the need to go crazy every so often, either to blow off steam, or simply to scratch a creative itch that just won’t go away.

Whatever the inspiration, it’s good to see him donning the alias once more for a short-but-sweet 12” on Editions Gravats. Interestingly, Jimi. W has a different feel to Mane Thecel Phares. While he’s retained some of the ultra-pitched down, codeine-fuelled vocal samples and nightmarish noises – not to mention occasional beat patterns of searing speed and intensity – there’s an air of Serotonin-fuelled positivity that’s initially a little disarming. It does, at least, make for an altogether cheerier listening experience, even if the music delivered remains challenging.

Take “Jail Love”, for example. Influenced by his previous High Wolf flirtation with Eastern mysticism, its’ three minutes pass by in a blur of starry synthesizer motifs, descending electronics and furniture-hugging bliss. “Night Chicks”, too, seems to aim for the heavens, with contrasting new age synthesizer lines sprawling out over punchy electronic polyrhythms. It reminded this reviewer of Maxmillion Dunbar circa 2013’s House of Woo full length.

Of course, there are still moments of full-throttle madness to enjoy, with closer “Zero To Love” combining blindingly bright, zipping melodies – all sped-up music-box presets and fizzing electronic chimes – with the kind of beats that would make footworkers flip their lids. This kind of twitchy, glassy-eyed musical breathlessness is even more evident on opener “Reload Pain” – despite the presence of a litany of ear-pleasing synthesizer parts – while “Pitch Black” is a murky, alien and creepy as they come, even if it does feel surprisingly light and airy in parts. Then again, that’s always been the genius of the Black Zone Myth Chant project. For all the druggy, early morning intent and clandestine weirdness, dizzying beauty is never far away.