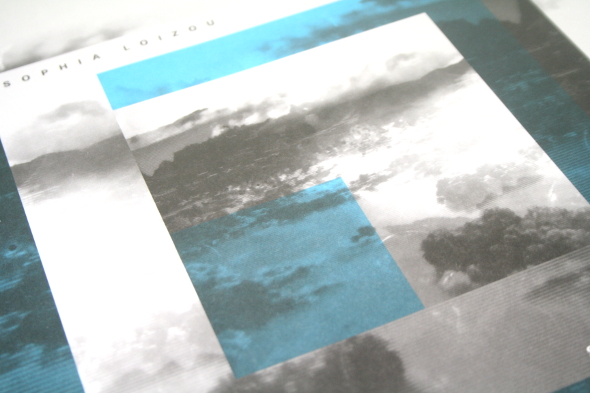 There’s a growing contingent of noise and drone-focused artists in Bristol’s music scene, from Subtext-affiliated characters such as Emptyset, Roly Porter and Paul Jebanasam through to Dot Product, O$MV$M and more besides. Sophia Loizou seemed to emerge out of nowhere back in 2014 when she joined this rising pool of producers with her debut release Chrysalis on Astro:Dynamics. Of course the strong reputation that label has made for itself helped foster some attention on the six-track album, but in many ways it took on a life of its own for anyone that listened. That Loizou had emerged with no previous track record made it all the more compelling; another drone filled album in a field full of drone filled albums, yet empowered with a stirring emotional heft and an ability to wield devastating amounts of low end. 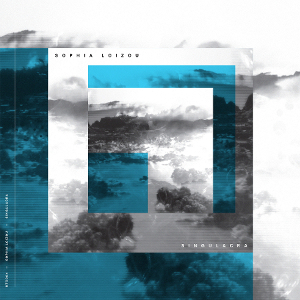 Now Loizou’s second album arrives, this time on Kathexis, and it’s patently obvious that her appreciation of looming bass hasn’t deserted her. “Divine Interference” may open up the album in a submerged fashion, but as the swells of fractured vocal melody and icy pads drift in and out of earshot, they’re accompanied by stalking sub bass notes that sound like the remnants of a soundsystem being heard from two miles back in the woods. Therein lies the appeal of Loizou’s approach to the avant-garde; while it may be challenging music in some respects, it’s injected with warmth and personality whether it be through chopped up human voices or cheeky rave signifiers, and it makes a serious listen also a fun one.

For all the jungle spotters out there, and even those with a passing understanding of the foundations of the genre, “Glimpses Of Death” holds even more delights. Even without the iconic documentary sample that arrives midway through it’s hard to miss the 1993 classic that Loizou has deconstructed and remoulded as a beautiful, lingering piece of electronica. In her hands the chimes in the track take on a striking resonance, gleaming in the greater space afforded to them. It’s a move that some might shy away from, tackling an evergreen piece of rave heritage in such a manner, but there’s no doubt that the striking beauty of the end result more than justifies the experiment.

“Genesis 92: The Awakening” is possibly even more explicit in its embrace of jungle signifiers. The blissful optimism of classic rave pads here take on an ominous tone through their heavy processing, but the break that comes calling from a distance sounds almost untouched. However, those recognisable sped-up funk grooves drift in and out of earshot in an off-hand manner, and the attention is instead put on disembodied groans of sampled soul and the vast ocean of heavy-lidded melodic tones they call out across.

Elsewhere in the album the nods to such sounds are far more subtle – it’s only after listening through a second time that you realise some of those flurries of static in “Artificial Infinite” are in fact drum breaks and not waves of interference. It’s a cunning reappropriation, not least given the poignancy of the piano chords and string-like sweeps that fill out the track. There is just as much emotion pouring out of “Order Of Elements”, its tired march absolutely wallowing in its own melancholia.

In the end, it’s in this conflux between the bleak, stern or simply serious moments and the light-hearted association of the rave touches that makes Singulacra as engaging a listen as Chrysalis was. There may be different reasons, for it feels like a decidedly different album, but it adds further credibility to the idea that Loizou is operating in an exciting space where experimental ambience can be as entertaining as it is immersive.

1. Divine Interference
2. The Voices of Time
3. Order of Elements
4. Artificial Infinite
5. Silver Nemesis
6. Genesis 92: The Awakening
7. Glimpses of Death
8. Singularity is Near