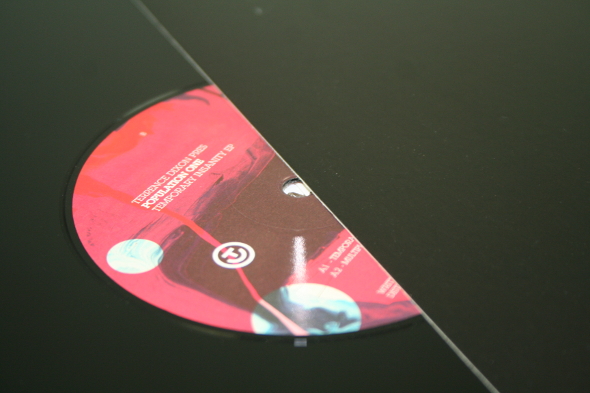 Temporary Insanity is the latest step in the resuscitation of Terrence Dixon’s Population One project. It was under this name that the Detroit producer released some of his first records during the early part of the ‘90s. That material, on labels like Utensil, had a primal, raw feel and came across as a somewhat under-produced, unfinished version of the type of tough club techno that Jeff Mills was making during that time. 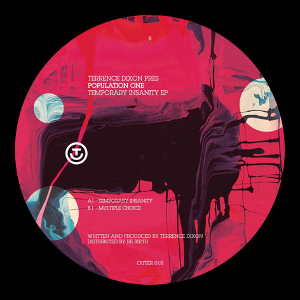 Dixon’s real breakthrough releases came under his own name and were far more abstract, with the From the Far Future album marking his creative apex. However, in recent years, Dixon has skilfully managed to align his deeply experimental streak with the driving, heads down Population One approach. It was expressed most brilliantly on the 2014 Population One album, Theater of a Confused Mind, for Rush Hour, but this release on Italian label Out-Er operates on a similar level.

“Multiple Choice” revolves around a sinewy bass that ebbs and flows fluidly, providing a basis for Dixon to lay down his signature sound, those hypnotic, pointillist bleeps and eerie, otherworldly synths.  On the title track, he opts for a far more upfront, dance floor approach, which is redolent of the Theater of a Confused Mind album. Snare drums crash in from the get-go, hats push the track along and he deftly fades these percussive elements in and out to assure motion at all times.

However, at the heart of the arrangement is a bass so malevolent that it sounds like it spooked its way out of Suburban Knight’s studio to hitch a ride on Dixon’s propulsive arrangement. At just over four minutes, “Temporary Insanity” isn’t a drawn out affair for seamless blends, but as far as shock tactics go, it is right up there with the best of Detroit techno’s darker side.

A1. Temporary Insanity
B1. Multiple Choice