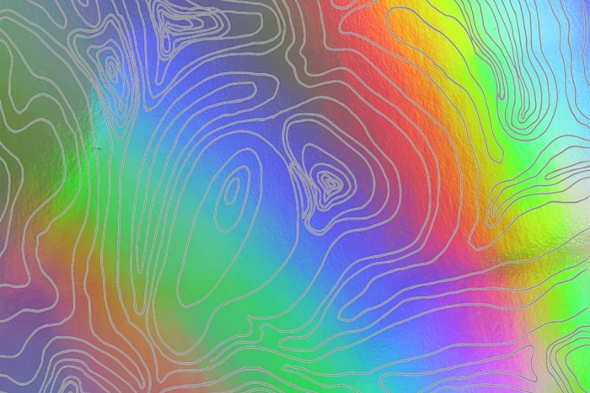 There are two ways to deal with artistic frustration and restlessness. The first, more often associated with those who have achieved a high level of commercial success, is to grudgingly continue on the same path, doing the same thing to satisfy industry demands and continue earning a comfortable living. The second is to expand your artistic horizons, trying your hand at different things in order to fully satisfy your creative urges. 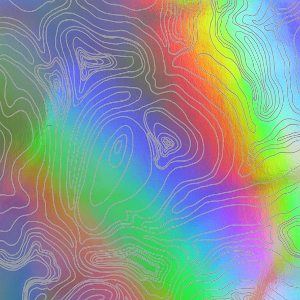 Gabriel Reyes-Whittaker, best known as Gifted & Blessed, has forged a whole career from the latter approach. After initially finding fame on the early noughties L.A beat-making scene, he stepped back to re-assess his approach, returning in 2009 with an album that almost entirely eschewed percussion altogether: the now deleted Healing Tones: Inverted Listening. Arguably the first recorded example of his now familiar obsession with experimental electronics and vintage synthesizers, it paid tribute to the meditative properties of classic ambient, new age, and American minimalism.

Since then, his creative urges have pulled him in different directions – think sprightly, far-sighted electrofunk, dusty deep house, Detroit electro and experimental performance art – but he’s retained a dedication to analogue equipment and the spontaneity of hardware manipulation. Given that it was Healing Tones that kick-started this rise, it’s heartening to see Reyes-Whittaker return to the style with Emotional Topography, a belated follow-up issued as the latest installment of the Modern New Age series from Leaving Records.

If anything, it explores even deeper, dreamier pastures, opting to express similar ideas over fewer, longer tracks, a stylistic trait fully in keeping with the album’s major musical inspirations. Be it early ‘90s ambient, ‘80s new age, ‘70s minimalism or contemporary drone, the avenues explored are long and winding, offering plenty of opportunity for head-in-the-clouds escapism. The meditative power of these styles of electronic music is well known, and Reyes-Whittaker is a talented enough composer to consistently hit the spot.

He begins with “Witness”, a nine-minute exploration of personal deep space built around starry, drawn-out chords, sparse piano flourishes and an oddly undulating bassline. Like the later “Presence”, a more traditional new age composition built around fluid, cascading synthesizer melodies, “Witness” feels almost ecclesiastical in intent, as if it was created to accompany a night of soul-searching in one of Europe’s grand old cathedrals.

There is similar heartfelt, almost melancholic material to be found elsewhere on the album, too. “At One Ment” fills its’ near 10-minute duration with near funereal chords, which are then contrasted with the kind of yearning, stretched-out melodies and cyclical analogue motifs that were once the hallmark of obscure – but now celebrated – European new age composers such as Gigi Masin and Vangelis Katsoulis. While he concludes with a touch of simple, droning, loved-up positivity – the deliciously warm and woozy “Love Activator” – it’s the bolder, sharper synthesizer cycles of “Non Duality” that really stand out.

This epic bears some stylistic similarities – and certainly the experimental ethos – of Terry Riley’s synthesizer-heavy work circa 1975’s Le Secret De La Vie, a minimalist soundtrack to a long-forgotten movie. Like Riley’s work on that set, “Non Duality” is hypnotic, exotic, out-there and utterly beguiling. While Reyes-Whittaker will have used vintage equipment during the recording process, it still sounds hugely far-sighted.