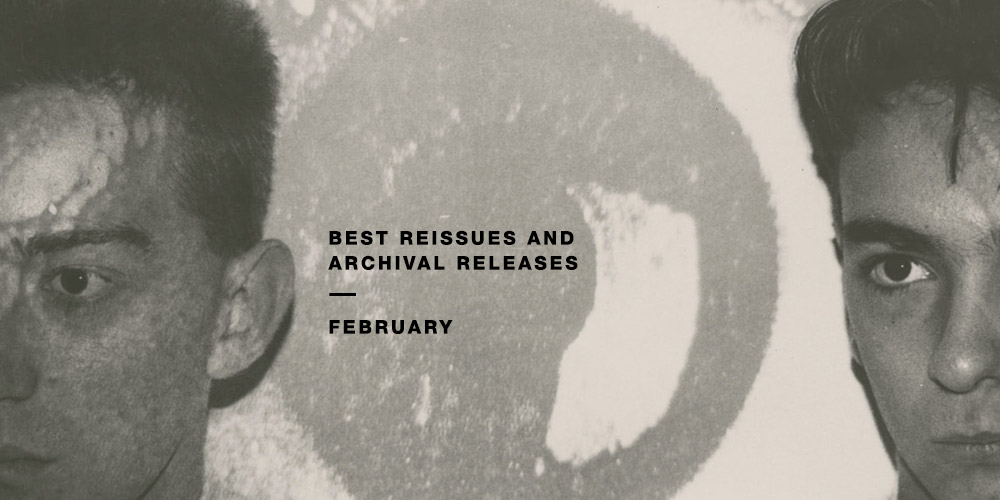 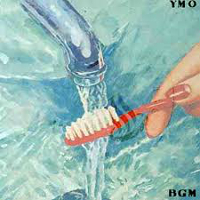 Finally repressed and reassessed in all its glory, this album has the magical ability to turn London’s grey skies into electric blue, glossy emerald and shiny patent yellow! One of the brightest stars of the Japenese synth tradition, BGM is perhaps the oddest and most delightful of the Hosono-Sakamoto-Takahashi trio’s bunch of LPs, and for me personally, the best. As a whole its differing parts inexplicably yet seamlessly click together; contemplative romantic synths and monumental martial compositions meet weird screwball funk while Morricone-in-Brazilia whistles in the wind. Most strikingly though, this is a record the bends your aesthetic sensibilities: it seduces you and persuades you into sonic worlds and kinds of imagination you maybe didn’t know you had.

The movement between the cold war pop nectar of tracks like “Ballet” and “Music Plans” and the utter strangeness of “Rap Phenomena” and “1000 knives” is thrilling in how it guides the listener from one palette to another; funk for the unconverted. More lip-smacking wonder occurs in “Camouflage”, the soundtrack for an impossible film noir, whilst “Mass” is one of the most sacred pieces of non-sacred music I have ever heard. BGM may be conceptually constructed as ‘Back Ground Music’, but that background is in fact more like an environment, like a building, like a space that’s inhabitable and potentially transforms how you live. If you’re only going to make it one Yellow Magic Orchestra record in this lifetime, make it this one.
Listen/buy vinyl

JD Twitch’s homage to everything that was wrong yet ever so bloody right in Scotland circa 1987 was one of the most rightly acclaimed records of this February. So Low, a compilation named after Twitch’s sporadic Glaswegian night where people actually dance – but made with records nobody danced to when he first started out as a DJ – is a celebration of the underground dancefloor with all of its manias, societal pains and romantic escapisms. Though it joins a host of auteur-curated records of obscure 1980s gems, this record is refreshing in its sentimental lack of coolness. There’s nothing performed about this selection of tracks, no arrogance in providing these pearls – the tone stays deep, generous, pure at heart.

The Optimo enfant terrible digs with utter expertise through a unique range of coldwave, minimal synth and dark industrial, cut through here and there by the laser-beam of a profane disco. The whole thing is a highlight, and a great guide to some of the stuff we need to hear more of, from the stern existentialism of John Bender’s “Victims of a Victimless Crime” to the dry maniacal pulse of P1/E’s “49 Second Romance”, to the pumped bliss of Hard Corps’s “Porte Bonheur”. This compilation is like an old friend playing you records he adores at 4 am, with all the love and euphoria of an early morning playlist. If you’re reading this as a non-dancer at one of JD Twitch’s early soirees, well history proved you wrong, ya wee radge.
Listen/buy vinyl 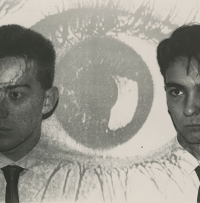 After last year’s Ciullini-shaped surprise that swept those who intended to reduce ‘80s Italian archives from pumping synths into a half-lit morgue of Marxist industrial, Alessio Natalizia is at it again with this reissue of an even more forgotten duo, The Tapes, aka Roberto and Giancarlo Drago. The brotherly pair silently and personally made their tapes in Genoa throughout the decade of darkness and the gift this time is a record that will mature and grow with us. Wide-eyed and deeply melancholic, it’s a fabric of impressions and cues followed up and then forgotten; tapes frozen in time that explode with genius. The Drago brothers are rather unlike Ciullini: cerebral and delicate, they made meditative, dark music that compliles stillnesses, repetitions, modulations and variations on reocurring themes.

Accessible and unpretentious, their electronic experimentations managed to marry a home-made flavour and an instinctively knowing knack for melody that moved with nonchalant elegance between organic clunks, buzzes and strikes of plasticky cheap synthlines. The rich and intricate sample of their work provided by this double LP allows us to appreciate their refusal to slot into a single genre and to hear them across moods and definitions. Thin, airy progressions of sonic smoke (“Falso Movimento B2”, “Il Manifesto”) sit alongside excellent minimal synth dance pieces (“Berlin”, “Low Gear”, “Nervous Breakdown”) and philosophical electronic pieces (“Otto” and “Nove”) fall into the abyss of a ruthless, black-fuzz industrial (“Totem 1351”, “Il Tempio”). Unmissable, crisp and all in all, favoloso.
Listen/buy vinyl 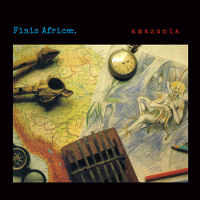 EM has been gifting us some of the most luscious archival releases of the past two years, and the label’s output has shown up regularly in this column. If, like me, you’ve been keeping only half an ear on the Finis Africae reissues by the Japanese platform, maybe now is the time to really listen. Originally published on new age Spanish label Musica Sin Fin, Amazonia is one of those visionary, records that will emit an ever-lasting sparkle from the shelves of your collection. People are calling this stuff Balearic, and it sure is, but a Balearic that nudges, rolls and pushes the listener in the softest, haziest, most delicate manner.

Although it was released in 1990, Amazonia is a sort of proto-Balearic without gloss, imbued with textures of old-fashioned ambient that still sees the idea of grain as fundamental to musical discovery. Two tracks to represent the music best inlcude “Hombres Trueno”, a track which sounds like ships threateningly edging their way into a frozen port, and fresh opener “Suite Amazonica” where serene, tropical ambient never sounded so glamorously danceable. Juan Alberto Arteche Guel was a visionary and Amazonia is something to behold, or, we should say, a mirage that’s deliriously hot and perfect for February.
Listen/buy vinyl 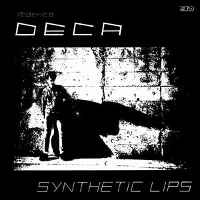 From the Italian region of Liguria, another sweet though very different morsel from the archive came this month in the form of a reissue of Deca’s 1987 album Synthetic Lips, courtesy of those nutters from Mothball Records/Bordello a Parigi. If you’re an adept of Italian wave, Federico De Caroli’s Deca back-catalogue has probably been on your Discogs wishlist for a while now, and listeners might also recognise Deca from his beautiful ‘First Frequency’, which was included in the second Mannequin Danza Meccanica compilation.

De Caroli’s an odd one, and this LP reveals him in all his oddness. Synthetic Lips is obscure sci-fi one minute, brainy Italo the next, but what really prevails is a sort of olympic atmosphere, something athletic, a strange mix of Kosmischer Läufer and Francis Martin executed in a long shadow of the atmosphere of Depeche Mode’s Black Celebration. Despites this, the whole thing sounds really extremely Italian. Muscular and often very dark, Deca glitzes his way through endless arpeggios and modulations to produce music that, strangely, is always triumphant yet always ominous, as if the idea of victory and the idea of apocalypse coincided. If you’re a lover of darkwave or dark Italo, and you open-heartedly accept Vangelis and Jarre but consider yourself a tad too refined for stadium synth, there’s a lot of joy in here for you. This is really music of the 1980s, almost a bit of historical evidence of long-gone aesthetics – this isn’t only archivally interesting, it’s also quite an emotional journey, and good on Mothball for staying true to their name. Next let’s do Claustrophobia, shall we?
Listen/buy vinyl