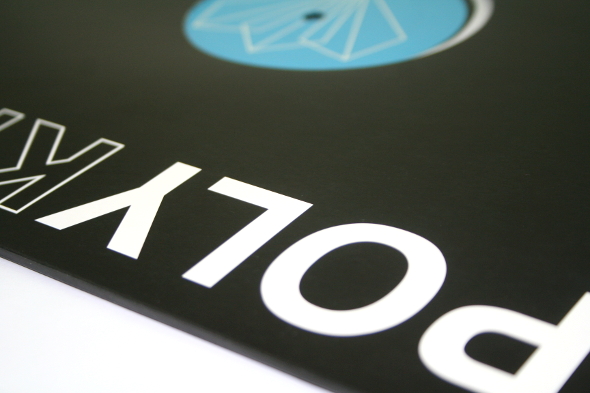 Poly Kicks, the label Tessela co-runs alongside his older brother Truss, exploded onto the scene in 2013 with the release of the former’s weighty Hackney Parrot/Helter Skelter 12”. It was a landmark release, reintroducing breaks into the UK clubs it lay waste to. By the time it came out I’d already rinsed a Boiler Room YouTube rip of the A-side to the extent that I still can’t hear “Hackney Parrot” without anticipating MC Chunky’s voice coming in over the top. Despite throwing back to the ‘90s, the record sounded arrestingly fresh with the young gun producer layering diva vocal chops and oscillating synths above the hardcore bass, brazenly stamping his personality all over the celebrated, almost sacrosanct output of a previous generation. And then the imprint went quiet for nearly three years. 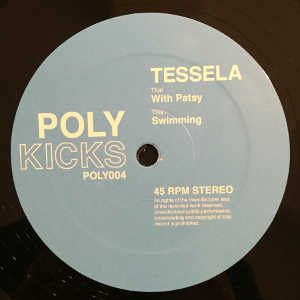 Tessela signed to R&S Records for three further EPs of heavy hybrids while Truss maintained his output through Perc Trax. Meanwhile, Poly Kicks and its simmering potential lay dormant. The revival finally occurred toward the end of 2015, with Tessela unleashing Luv Mix, and then continued apace with two additional releases arriving in as many months. January brought Haroon Mirza’s hand-crafted 50 Locked Grooves, and now in February Swimming With Patsy marks Tessela’s hat-trick outing.

It’s a sign of the times that upon leaving R&S, Tessela has produced his most straightforward techno record yet. “With Patsy” is the pick of the two, densely compacting taut rhythms create a propulsive juggernaut of a track. In contrast to the Kathy Brown sample in “Hackney Parrot” which was given space to flaunt its flair, here Tessela chops a vocal to within an inch of its life and presses it into the beat, fortifying the mechanical pulse of the track with an insistent, human quality. Rumbling bass floods the low-end and envelops the repetitive sub-layer, while a synth that sounds like a demented elephant adds a ferocious, feral edge to proceedings.

B-side cut “Swimming” retains an unrelenting percussive heartbeat at its foundation from the opening hit. The textures layered above are less stable, intensifying from undulating to fluctuating with the monolithic force of a vengeful tide overwhelming a placid sea. At its peaks “Swimming” enters woozy and disorientating territory, with palpitating bells that echo aspects of L.I.E.S. output, while its depths are menacing, immersed in Opal Tapes-esque distortion hisses.

Tessela has always been a producer that has intrigued and excited in equal measure, tearing apart the old school warehouse context with experimental infusions of electro and bass, showcasing a strikingly modern lack of reverence for his cues. Swimming With Patsy now presents a more methodical, focused side to the producer. It’s perhaps not his most interesting release, with the streamlining of youthful exuberance into functional tools. But true to their design, this will bother no one when they hit in a club.

A1. With Patsy
B1. Swimming