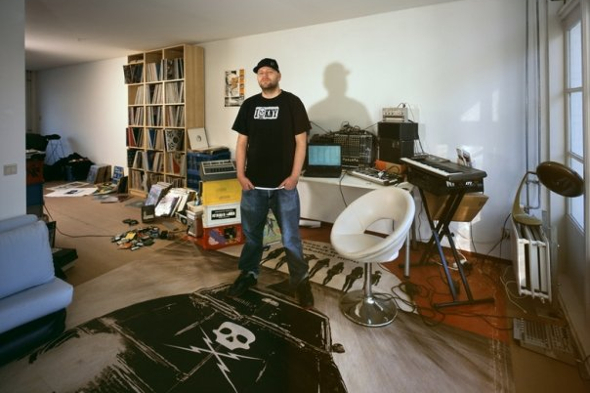 Jeroen Warmenhoven will debut on Berceuse Heroique next month with a 12″ featuring an OB Ignitt remix.

Spend a few minutes glaring at the DJ Overdose Discogs page and one thing will become apparent; Jeroen Warmenhoven doesn’t put out much music under that name, but it invariably appears on quality labels. Since the DJ Overdose alias first emerged in 1999 with a lathe cut 7″ for Room Records, Warmenhoven has put out ten singles in total along with the pair of albums for Danny Wolfers’ dormant Strange Life and Crème Organization. Murder Capital, Viewlexx, Lunar Disko, Pinkman and most recently L.I.E.S. are among the other labels to have sought singles from Overdose.

In addition to inaugarating fresh-faced Budapest label Dalmata Daniel with a soon to be released 05 Poly 800 Loop 12″, next month will see Warmenhoven add Berceuse Heroique to his DJ Overdose discography with the Dead City 12″. Complementing the two original DJ Overdose productions is a rare remix from Obonit boss OB Ignitt and you can hear the entire release in full below. News of this BH debut for DJ Overdose follows the label’s recent unveiling of a second Don’t DJ 12″ featuring Dresvn on remix duties.