Watch a behind the scenes video on Streetwalker’s album 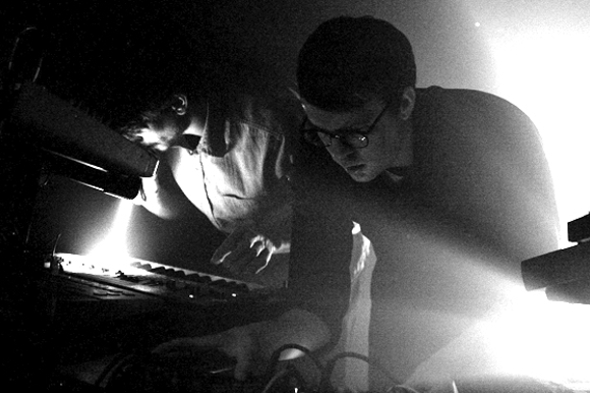 Released on Veronica Vasicka’s Cititrax almost three years ago, Streetwalker’s Future Fusion album remains a highlight of the label’s discography and could be viewed as a landmark release for Beau Wanzer. There has been a notable upturn in output from the Chicago resident since Future Fusion was released, with solo records complemented by an array of collaborative endeavours such as Civil Duty, Mutant Beat Dance, Juzer and the album recorded with Texas-based tape-pests Corporate Park. By contrast, Katz has been less active though you can expect to hear much more from the White Car man this year with a newly issued Concupiscence 12″ for Japanese label Mind rumoured to be followed by material for Diagonal.

Whilst there doesn’t appear to be any fresh Streetwalker material in the offing, a video documenting the recording of the album over one humid weekend at Chicago studio Minba has emerged. Soundtracked by album cut “Untitled,” the five minute video offers some insight into the amount of studio gear and methods used during the record session as well as revealing the dancing skills of Beau Wanzer.