There was quite a buzz around Egypt’s electronic music scene a couple of years ago when John Doran wrote a series of stories for The Quietus about the electro chaabi scene. A documentary film was made, entitled Electro Shaabi, and a cultural exchange program Cairo Calling was coordinated by Rinse FM and the British Council to bring a crew of young Egyptian producers and MCs to London with their distinctive, hyped-up, MC-driven sound. Collaborations ensued with Mumdance, Pinch and others, both in London and Cairo, and although not much has been heard of the results of this project, it was certainly a landmark time for Egyptian electronic music in the international consciousness. Where electro chaabi is one sound that emanates from street level participation in a similar fashion to grime, Cairo is of course a city with many other dimensions to its culture. 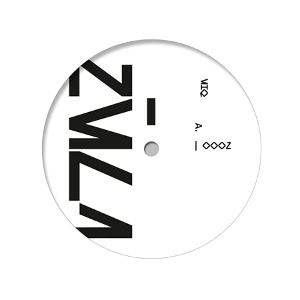 Ahmed El Ghazoly has been working in the city’s electronic music scene for years, most notably running the club and art space VENT which has hosted Aurora Halal, Lee Gamble and plenty more in recent times. As a multi-instrumentalist with fingers in many pies, his emergence as ZULI is simply the tip of a deep-reaching iceberg that demonstrates there are more sides to Egyptian electronic music than you may at first think, and on the strength of the music on Bionic Ahmed EP that’s an exciting prospect.

Sonically, it makes sense that Ghazoly found a kindred spirit in Gamble, who has issued this six-track record as the second release on his UIQ label. There are some clear parallels in terms of detailed digital production techniques and subtle splashes of UK rave tropes, but equally the music is too amorphous and curiously designed to fall victim to lazy comparisons. Just inspect “Compactpact” by way of example, with its gleaming synth tones nuzzling around the stereo spread like a burrowing creature with no rhythmic distractions. Inspecting is the natural response to music such as this, where the micro-details within the sound design are so crucial to the appeal.

It’s far from a dry, academic record though, and in truth that was always Gamble’s great achievement in making laptop music with serious conceptual intent; Ghazoly too has no trouble in giving his creations beauty as well as brains. “Robotic Jabs In 4D” may well be one of the crowning achievements of the record, swooping through heart-rending pads caught in the eternal yearn of classic techno atop crafty arrangements of percussion that move with electronic angles and organic timbres.

Whether it’s the knowledge of Ghazoly’s background in live instrumentation colouring the experience or not, there are plenty of places where you can hear sound sources that place his music outside the usual Western sphere. The opening track, “Robotic Handshakes In 4D”, makes a fine case in point for this with its chiming percussive notes coming on like an abstraction of gamelan in the intro, only to be sideswiped by a monolith of overdriven kick drum in an exuberant celebration of fusion.

What’s equally remarkable about Bionic Ahmed EP is how different each track sounds. “131001G” steps out on nervous riffs that bubble around broken rhythms in a cautious but utterly rude style that calls to mind understated, dark UK garage, while “Ahmed?” heads into a meandering territory where house once lived, and now brilliantly rendered sonic ghouls of tones and frequencies reside. Throughout there is a knowing nod to certain facets of Western club music, and plenty of compatibility with the experimentation found on PAN, Diagonal et al, but rarely is such a combination realised into such a rewarding listen. From the ever-evolving dynamics of the arrangements to the crystalline production, this first record from ZULI transmits a breath of fresh air in ones and zeros without losing the soul in translation.