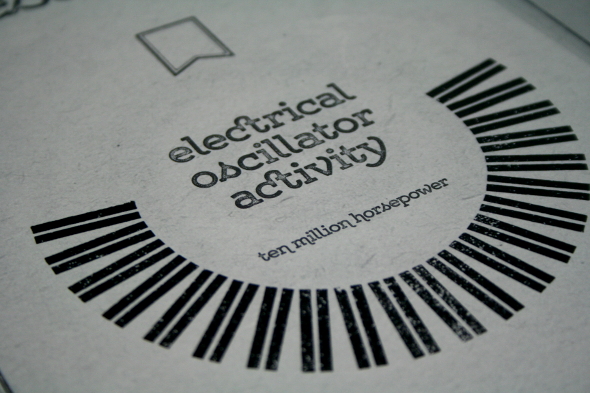 TeslaSonic is a collaboration between Minimal Rome founders Valerio ‘Heinrich Dressel’ Lombardozzi and Gianluca ‘Feedback’ Bertasi and the project’s latest release is apparently an “electronic ode to electricity, its applications and its revolutionary place in the history of mankind”. Naming the project after the Croatian inventor of electricity and using technical terms and concepts as inspiration for track titles shows that the pair are serious about the project’s provenance, but the reality is that Electrical Oscillator Activity succeeds because of the strength of the music rather than such a high concept. 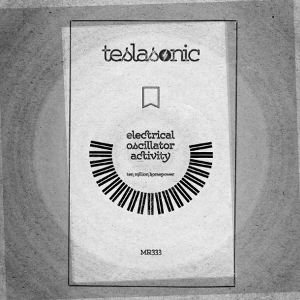 That said, there is a strong connection to the past and a dusty vintage to some of these tracks. “Electrical Oscillator” itself is a cosmic piece of synth wizardry, straddling the bombastic end of krautrock/kosmische and Carpenter-esque horror movie soundtracks, while “High Frequency Coil” sees them make a more impressive stab at emanating the composer’s sound. Over a rumbling, ponderous bass, TeslaSonic conjure up a bleak and gloomy synth fog to create a brilliantly dystopian slice of disco noir. It’s a nice addendum to the solo Dressel release, Lurking Underwater, from last year.

Some of their other experiments made nods to more recent styles; “Teslascope Radio Transmitter” is the kind of atmospheric, menacing electro that Anthony Rother used to make, synth sweeps and acid lines warbling in unison over a malevolent bass. Meanwhile, the rather grand sounding “Control Of Individualised Automats” does not live up to its title. Instead, TeslaSonic create the kind of acid-tinged melodic electro that Wildplanet used to release on Warp.

In a final act of recognising their sources, the duo drop “Tuned Receiving Transformer’. A bleep-heavy disco groove that recalls Bangkok Impact’s work from the start of the millennium, it is the final piece in a release whose musical references and inspirations are stronger than the underlying concept itself.