The Brooklyn trio are up next on the label’s 12″ series with the five-track All My Dreams.

The 12″ division of 1080p may have been launched as a chance to revisit Project Pablo’s I Want To Believe tape and press up some of the most appropriate cuts on vinyl, but the Vancouver label’s focus from that point forward has been resolutely fresh. Max McFerren, Via App, Mall Grab, Earth Boys and Khotin have all contributed 12″s that consist of entirely new material, with the label’s rabid fanbase fully appreciative of this move. Next up on 1080p’s 12″ docket is the debut vinyl release from Brooklyn act Sasha Jan Rezzie, described by the label as a “classic house boy band from the future.”

Whilst sounding like a randomly generated porno actor name, Sasha Jan Rezzie is actually the collective work of Sasha Desree, Jan Woo and Rezzie Avissar; dig around the internet and you’ll discover the three are fully entrenched in the Brooklyn scene. Desree has provided vocals for Stones Throw act Silk Rhodes, Woo was resident at yoga studio/techno club Body Actualized Center and Avissar is heavily involved in the Weird Magic collective. Active together under the Sasha Jan Rezzie since early 2015, the trio break out with All My Dreams, a five-track 12″ of “ultra-emotive and melody-saturated” house that will appeal to fans of Terekke. Due early next month, you can preview all five cuts below.

1080p will release All My Dreams by Sasha Jan Rezzie on March 4. 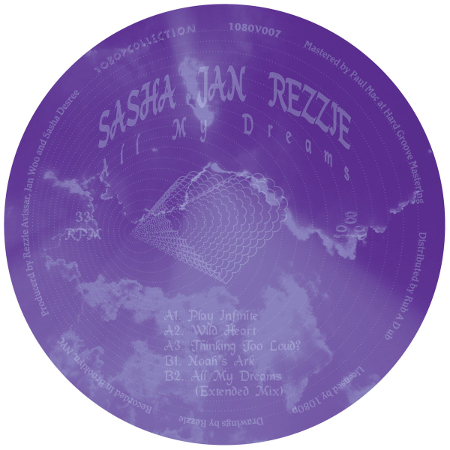