Enter the world of Astral Industries with Chi 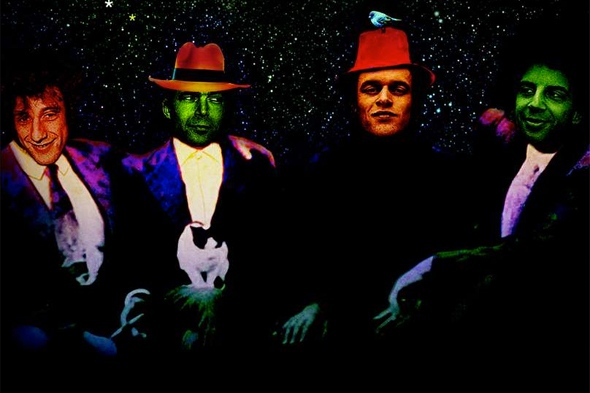 Win tickets to the live performance at Café Oto next week.

A couple of weeks ago we reported on the latest move made by Astral Industries to reissue an album by obscure Dutch sonic tinkerers Chi. The haphazard outfit had recorded material during their time spent living on a farm surrounded by synthesisers, tape loops, C64s and more traditional methods of noise making, resulting in an album on Staalplaat which has been repackaged as an exclusive vinyl edition. As was promised back when we broke the news, Chi have been confirmed to perform an improvised ambient live show at Café Oto on February 24 in support of the rerelease of The Original Recordings.

Meanwhile support comes from a pillar of ambient music and out-there selections, Mixmaster Morris. While there are no specific details about how the original members of Chi will approach their live performance, the heartfelt description of their original practices on the Oto site certainly gets the imagination running. The gig will also see Astral Industries boss Ario Farahani take to the decks, perhaps revealing some more of where his tastes lie after the premium grade issues of DeepChord and Wolfgang Voigt material.

We have a double-pass available for this intriguing gig; all you have to do is answer the question below. The winner will be notified by email.

[jp_comp question=”What was the name of the DeepChord LP Astral Industries released in 2014?”]