The Irish producer and “digger supreme” pieces together a compilation of obscure house, italo and beyond.

Eclecticism is the name of the game these days, and cult reissues of ultra-niche material are the spice that any self-respecting selectors crave. Dublin-dwelling artist Compassion Crew adheres to that philosophy as a record aficionado, although he is better known for his production work. Initially he was doing the rounds as B.D.I., dropping scattered releases from 2005 up to 2011 on labels such as Rush Hour and Fluid Ounce. As of four years ago he ignited the Compassion Crew alias and moved towards a classically rooted brew of house, boogie, electro, acid, new beat and other such vintage delights. Following the Paper Tears single on Running Back subsequent 12”s have landed on local Dublin label Major Problems, Dolly and Horn Wax, and it’s to the former that he returns with a very intriguing proposition of a compilation.

Compassion Cuts, Tapes & Acetates is the product of many years of detective work by Compassion Crew, tracking down the oddest of oddball cuts from operators who already tend to be on the fringes of whichever ballpark they’re most readily associated with. The wide-ranging selection features a host of less-than-familiar names, but there’s also space for Bay Area experimentalists Big City Orchestra and noted noise practitioner Philip Jeck. Stylistically you can hear threads of industrial, proto-house and Italo lurking in the folds of these one-off treats, but they certainly don’t pander to any one given genre.

The compilation makes Major Problems first entry into the world of long-players, although they’re not strangers to the reissue game having previously put out a cult Ethiopian boogie record by Admas, which now appears on Compassion Cuts, Tapes & Acetates. To get an idea of how out of leftfield the selections on here are, take a dip into a very different side of our favourite Swedish machine mavericks Frak with their sunny 1995 jam “Uttoz Gives A Song”, streamable below. 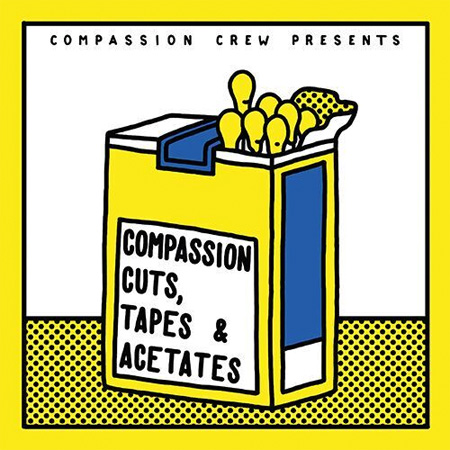