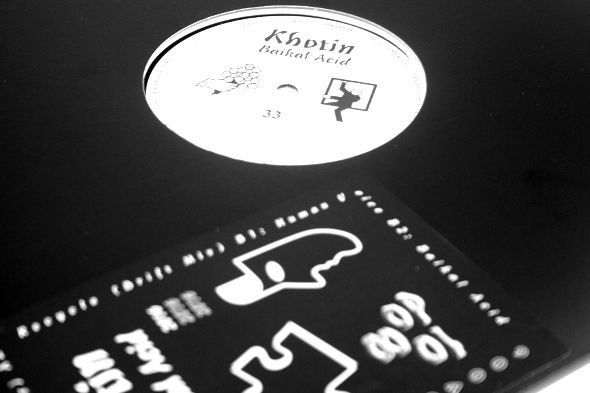 Thanks to the combined efforts of 1080p, Mood Hut, Pacific Rhythm and Normals Welcome, few can have missed the continuing rise of Canadian electronic music. These labels, and the homegrown talents who record for them, have spent the past few years beguiling us with dreamy, raw, vividly colourful music that blends a range of late ‘90s/early ‘90s sounds – often made entirely on similarly vintage – with a hazy, almost horizontal approach to life. Many of the artists involved – think Pender Street Steppers, Florist, Lnrdcroy, Hashman Deejay, Cloudface and Aquarian Foundation – have become much-discussed underground heroes, with their cassettes and records exchanging hands for large sums of money. 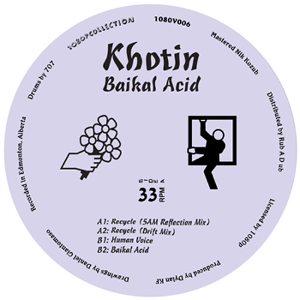 Spare a thought, then, for Dylan Khotin-Foote, whose quietly impressive releases to date seem to have largely gone unnoticed. His drowsy, 1080p-released debut album Hello World – all stoned deep house bliss, spacey Detroit references, dusty beauty and tear-jerking melancholia – remains one of the most consistently on-point releases to have emerged from the Canadian scene in recent years. While he went off-piste a little with his contributions to last year’s split release with Melbourne man Dan White on Normals Welcome – think acid-flecked, deep house/techno hybrids, rather than dusty-eyed early morning deep house – both tracks were never-the-less slept-on gems.

Perhaps his move to Vancouver and this Baikal Acid contribution to 1080p’s consistently excellent 12” series, will garner more Khotin attention. It’s certainly deserving of attention, and sits somewhere between the soft-focus deepness of his debut album, and the more obviously psychedelic, intergalactic explorations of the Normals Welcome outing. The A-side boasts contrasting versions of “Recycle”. First up is the “5AM Reflection Mix”, whose glacial, descending refrain – shrouded in just the right amount of reverb and delay – seemingly floats above progressively sweatier TR-707 percussion, bobbing acid lines and a killer bassline. It delivers a near perfect balance between horizontal dreaminess and swaggering dancefloor punch. The same can’t be said of the almost overwhelmingly beautiful “Drift Mix”, which re-casts the track as a picturesque slice of wintery ambience.

While these are both hugely entertaining and impeccably produced, harsher critics could argue that Khotin-Foote is merely following the standard Canadian script. Certainly, the two tracks on the B-side are bolder in outlook and execution, and move a little further away from the tried-and-tested blueprint. Sure, there are drifting melodies and tactile touches to be found on “Baikal Acid”, but the track’s rhythmic pulse is stronger, with clattering drum machine cowbells, wonky ride cymbals and synthesized tom-toms catching the ear. There’s a sighing weariness about the musical arrangement, too, as if Khotin-Foote was having a particularly bad day when he wrote it. In some ways, this adds to the track’s drive and poignancy.

Boldest of all, though, is “Human Voice”, which has all the aural hallmarks of early ‘90s intelligent techno – fizzing acid lines, bubbly electronics, stretched out ambient chords to provide the obligatory soothing element – mixed with the bottom end grunt of acid house, and the stargazing throb of the greatest Motor City techno. It feels like a mini-epic, and a surprise high point of Khotin-Foote’s overlooked career.