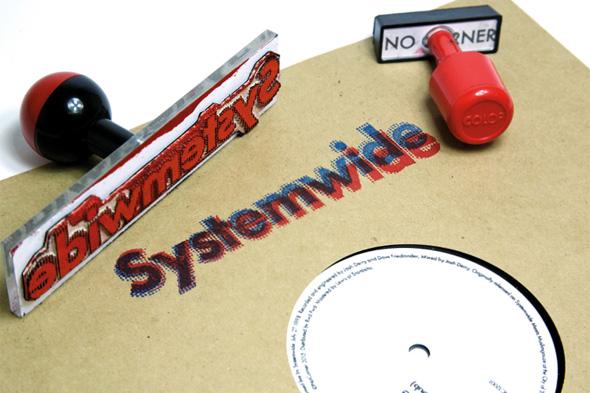 The Bristol label turn their attention to the ZamZam Sounds-affiliated ’90s US dub outfit.

In every photocopied flyer fantasy and smudged stamp you can see the aesthetic that flicks a switch for the No Corner label. The packaging around their From The Reels collection in 2014 was testament to that fact, while the closely aligned typewriter reporting from the Tape-Echo blog spells it out even further. Far from a conceited appropriation of ‘zine culture, this presentation is a natural bedfellow for the sounds the label deals in. The solid back catalogue of tapes, 7”s and 12”s amassed since 2012 all point to a lo-fi punk mentality, whether the music be Lily’s marauding cyberpunk house or O$VMV$M’s unsettling tape loop studies.

Even if they come from way over in Portland, Oregon, Systemwide are a natural fit in the world No Corner have created. The band, headed up by Ezra Ereckson, dealt in a leftfield, DIY mutation of dub between 1997 and 2003, finding kindred spirits in artists such as the late, revered Muslimgauze. In more recent times, Ereckson has gone on to launch the ZamZam Sounds label as well as recording under the alias E3 both solo and alongside Alter Echo.

Now No Corner have forged a connection with Ereckson that has led to a two track single with its roots in the ‘90s heyday of Systemwide. The A side track “Provisional (Dub)” originally appeared on a split release in ’99 with Muslimgauze and Sound Secretion, having resulted from the band sending Bryn Jones a copy of their first album by chance and receiving a DAT in return with a note declaring “I will remix everything you send me.” Meanwhile B-side track “Ripe Up (Pan American Midnight Sun Remix)” was a version by Kranky outfit Pan American that originally surfaced on the CD edition of a remix compilation entitled Impurely Replied in 2003, and now finally enjoys a vinyl release.

To get an idea of the grounding behind the Systemwide sound, we’d strongly recommend that you check out the stunning mix Ereckson recorded for the Tape-Echo blog recently. Rather than a throwback collection of oldies there are upfront gems from 2562 and T++ alongside classic Muslimgauze and Adrian Sherwood pieces, all mixed together with a classic cut n’ paste style. You can hear clips of the single below, while the 12″ is available to order from Rwd Fwd.

Provisional (Dub) by Systemwide is out now on No Corner. 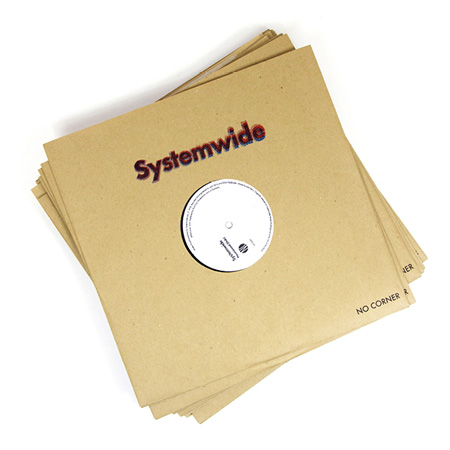 No Corner on Juno