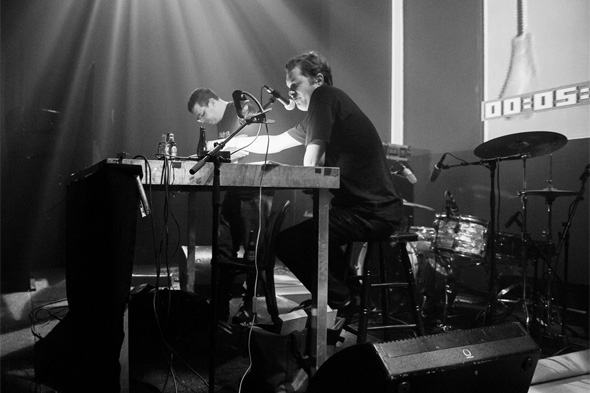 The collaboration between Ekoplekz and Baron Mordant reconvenes with a new album on Mordant Music.

While Nick Edwards has kept himself manfully busy with a series of Ekoplekz releases for Planet Mu of late, we last heard of his sonic miscreancy as part of eMMplekz with 2014’s You Might Also Like, which followed on from Your Crate Has Changed and other such e-commerce baiting comments on contemporary music culture. A collaboration with Mordant Music’s irreverent main man Ian ‘Baron Mordant’ Hicks, the eMMplekz pairing has yielded a gleeful throwback to stoutly British experimental music, all dry social commentary and punky sound design.

After this two year absence, eMMplekz return with Rook To TN34, clearly a nod to Hicks’ stomping ground of Hastings in East Sussex, and the Mordant man’s targets for his sardonic lyrical observations include “slept on ’50s Austrian techno” and David Guetta. “John Frusciante’s got my green Universal Indicator,” is also a personal favourite lament in amongst the meandering musings, all backed by Edwards’ alien signal path mischief. Considerable thought has been given to the formats for the release, with the initial clear and blue cassette copies containing bonus live material before the standard runs. Meanwhile there will also be an SD card edition containing the new album alongside the entire eMMplekz back catalogue. You can hear tracks such as “Gloomy Leper Techno” and place a pre-order over at the eMMplekz Bandcamp page right now.

Mordant Music will release Rook To TN34 by eMMplekz on March 4. 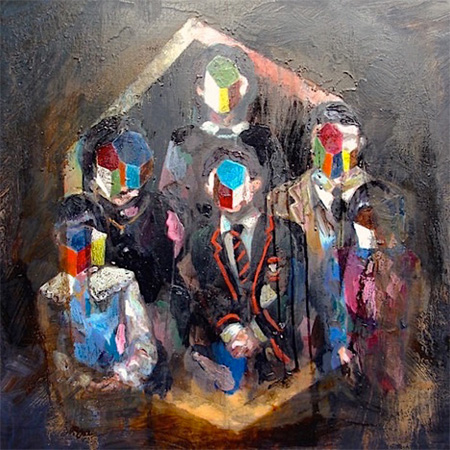