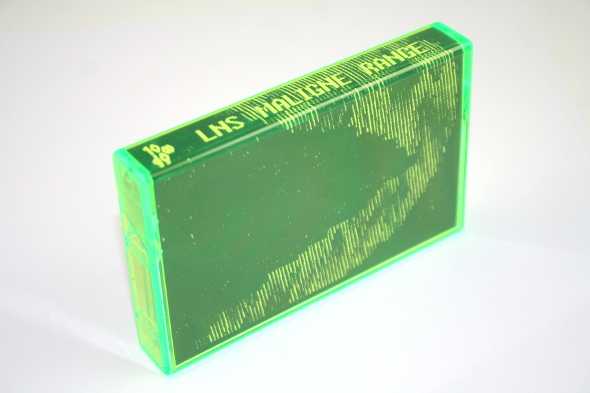 It seems appropriate that LNS should title her debut release after a mountain range located in the westernmost part of Canada. To the uninitiated, LNS is the alias of respected Vancouver DJ Laura Sparrow, who dispatched a sublimely mixed and emotive entry into the Trushmix series back in September. It’s plain to see why she has been winning over dance floors in the Pacific Northwest and beyond. 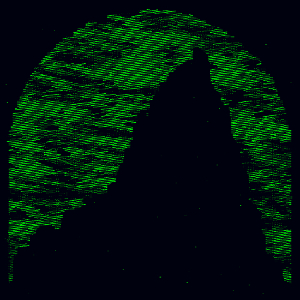 Maligne Range is over in a flash – 28 minutes, to be exact – and while its six tracks are certainly brief, they don’t feel brusque. Brooding opener “Astrophile” creeps along, acting as an ideal introduction to what’s to come: playful, velvety-toned electro cuts. It’s all squelchy synths and snappy drum work on “Guppies” and “Heart Mountain,” which emerge as clear standouts to this reviewer not merely because they’re emotional, but because they seem unflinchingly self-aware of that fact. “Sh” is simpler and more straight-forward but occupies similarly narcotic territory.

Unfortunately, my praise has to stop there, because the two concluding tracks failed to make much of an impression. They leave me with the feeling that this tape, though pleasant and occasionally quite satisfying, lacks bite. Sparrow has an obvious knack for melody – this much is clear from start to finish – but structurally, the productions feel inchoate, the arrangements almost too formulaic and clean; the short durations might have something to do with it, because there simply isn’t much space for these ideas to develop into anything more interesting.

Even if Maligne Range in its totality fails to be more than the sum of its parts, it’s an undeniably enjoyable listen which signifies Sparrow’s considerable promise as a producer. These are prime examples of pretty, understated electro, the kind that marry smart rhythms with icily melancholic synth lines. LNS has done that expertly here, and with broadly nostalgic, if not straight-up retro-futuristic, brushstrokes, so much so that comparisons to seminal works by particular Detroit artists are likely, if not inevitable. This isn’t misplaced sentimentality or pastiche though, not by a long shot. Rather, it’s as if Sparrow has made a paint-by-numbers, but with her own take on what the colours are supposed to be – it’s just a shame that things fall flat at the end.