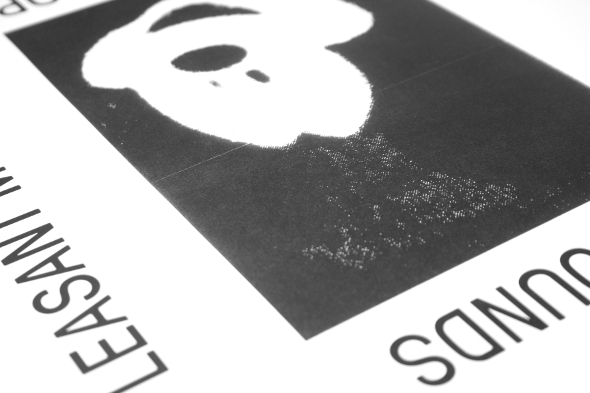 With hardware obsessed retroverts being dime a dozen these days, it sure does take a lot to stand out from the pack. Enter the latest record from Lux Rec, the Zurich label pushing the guttural lo-fi sounds of pawn shop synths towards interesting forms, not to mention their limits. Savage Grounds is the production collaboration of label co-founder Daniele Cosmo and Lux Rec mainstay CCO (Contra Communem Opinionem, just in case you were wondering) whose partnership was first ushered in with the 2014 12” Over Fences. 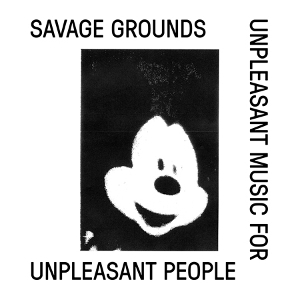 Unpleasant Music For Unpleasant People features muscular, no nonsense, in your face analogue machine sessions recorded in single takes, which according to them utilised nothing more than a Roland 808, a modular synth and a space echo; all that was needed to wreak havoc across the EP’s four tracks. In a time when everyone and their dog has to own a Eurorack simply for trends sake, it’s nice to actually hear the proper efforts of owning such an investment. On show are some seriously out there DYI synth textures (unmistakeably modular) that tear through the entirety of this release. The sound of pure voltage and electricity, dusty drum patterns coming through a smoky old mixing console, hell even a cheap one; who knows but it sounds alright.

It’s fairly straight down to business from the very beginning, with the dark and cavernous intro of opening track “Uproar” which has the same ferocity and metallic shuffle of a Zenker Brothers track, albeit exercising more restraint. A2 track “Soaring” is definitely the easiest going exercise on the release. A brooding gothic electro piece that brings to mind the sounds of early Kommando 6 or Viewlexx. The nervous acid of “Motoric” on the B side grinds away violently, mimicking a 303 unashamedly over auto filtered oscillations that sound like cold winds of war; resulting in a chilling battle anthem. Finally “Deranged” closes out the release with its squelchy sprinting melody that bounces away angrily against hiss and rattle of the said Roland studio staple and classic.

Let’s be honest, we’re not short of another slogan versus the world. As Underground Resistance once claimed of their live show, its “tough music for a tough city”, although with Cosmo and CCO being from Zurich, they probably wouldn’t quite qualify for that. Perhaps instead, as the infamous acid techno larrikins the Liberators once famously said, It’s Not Intelligent…And It’s Not From Detroit…But It’s F**king ‘avin It! Sure, but at the end of the day Unpleasant Music For Unpleasant People is most definitely an apt title that stays true to its words.