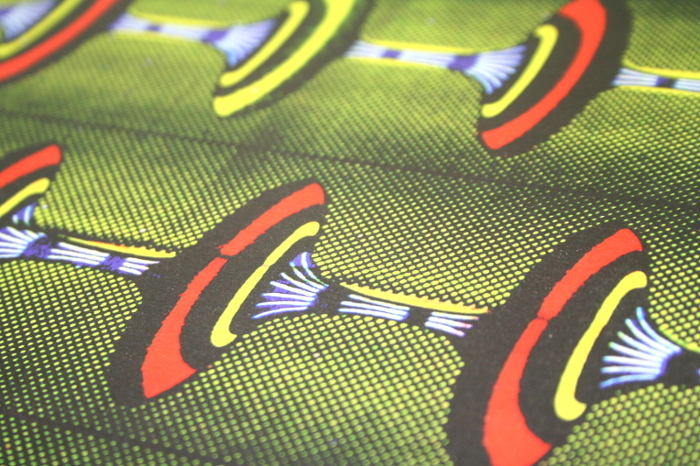 The collective efforts of Wild Oats, DDS, Opal Tapes, Firecracker, Antinote and more are applauded in the first column of 2016.

Dear readers, if you were wondering, “what happened to December’s column?” The all too familiar December trickle of releases was the reason for the absence of last month’s column, though it gave my keyboard and brain a much needed breather. There were however a few records that surfaced amidst list season that were just too damn gorgeous to ignore, specifically Kyle Hall’s surprise second album From Joy. When assessing the artwork of records, it’s all too easy to sum up the visual appeal as wholly representative of the music within – I’ve done it many times in this column…. Yet what else is there to say about James Grady’s painted artwork other than it adds yet more colour to the vivid music Kyle Hall committed to three slabs of wax on From Joy. 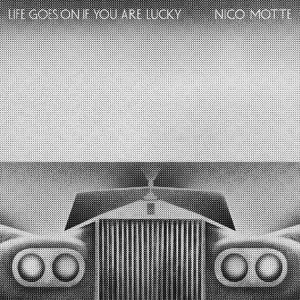 There may be a time when releases from Antinote fall out of favour for consideration in this column, but this remains an unlikely possibility whilst the artistic skills of design agency Check Morris remain under the Paris label’s employ. The latest Antinote release was an all Check Morris affair with co-founder Nico Motte returning triumphantly to the label in the shape of his debut album Life Goes On If You Are Lucky. A dithered image of an automobile presented something of an artistic departure for Motte from the quasi-vintage sleeve of his Antinote debut Rhealogia, and he was kind enough to explain his approach here to me over email.

“I found the name of the record quickly enough, but I was torn between continuing in a kinetic spirit, as with my first record and going in a completely new direction. As the music is freer and more relaxed than on Rheologia, there had to be a radical graphic change. I had many different attempts before arriving to find the right tone.”

“A good friend of mine, Bertrand Girard found a picture of a Rolls Royce in a flea market and said ‘Nico, it’s perfect for your record!’ I was not convinced. Then, upon reflection, I seemed to go perfectly with the title. A play on this ambivalence luck and lust. The idea that the grille of a Rolls Royce is at once bling bling and grotesque, but also refined, intrigued me. What is strange is that in general, since I usually design record covers, I can immediately see whether an image is strong. I knew it was iconic and, ultimately, it was what I wanted, to make a cover that will stay and I hope will age well.”

If you were to enter the words ‘Lindsay, Todd, Juno and Plus’ into Ask Jeeves or whatever search engine tickles your pickle, it’s likely the highest ranking results would be several editions of this very column. In simple terms, the Edinburgh man is a screen printing beast, outdoing himself with each and every Firecracker and Unthank release. The latest example being the Gravitational Lensing EP from Healing Force Project, which saw a front cover full of colour, litho printed dithered image in a vintage cartoon style reminiscent of Firecracker’s earliest releases complemented the abstract, cosmic patterns that adorn the screen printed back. This latter aspect was done by Todd in cahoots with 12th Isle man Al White aka DJ Crud! 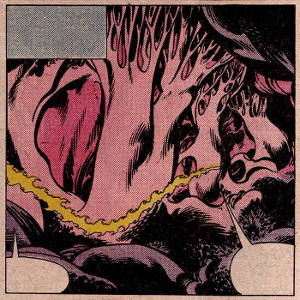 Cosmo Knex does it again! The visual artist and musician also known as Johann Kauth continues to add another dimension of quality to the output of Rush Hour’s No ‘Label’ division with the latest example being Lushlyfe II. Jordan GCZ’s apparent freedom to explore blissful new age sounds under the Lushlyfe banner is matched by Knex’s blank canvas to draw up some vividly abstract silk-screened sleeves.

Equally hard to decipher but no less impressive was the VHS-saturated sleeve for Georgia’s 10″ debut on Berlin label Kashual Plastik, a lovingly DIY affair replete with staples and stickers. If you are familiar with Brian Close and Justin Tripp’s work as Georgia, you’ll know they like to mix mediums and No Urtext, No Ursituation adds to the intrigue. As a side note, it’s worth seeking out Close’s Instagram account for further visual stimuli from the Georgia universe.

This time last year Opal Tapes introduced the world to the Gondwana project from Lumisokea artist Andrea Taggi, with the Italian’s album AUM was made all the more distinctive by the finely drawn cover art of Darren Brian Adcock. Fast forward 12 months and Lumisokea’s album for Opal Tapes, Transmissions From Revarsavr, arrives with further exquisitely detailed ink drawings from Adcock for the eyes to soak up. A high quality magnifying glass is recommended usage for viewing the bizarre tapestry of structures Adcock has conjured up.

This column began with one of the most vivid record sleeves to arrive of late and ends with another in the shape of Robert Aiki Aubrey Lowe’s Cognition for Demdike Stare’s DDS label. Described as a “follow-up of sorts” to Lowe’s Timon Irnok Manta LP for Type, the artwork for this new two-track record offered a sense of visual consistency too. Echoing that widely acclaimed 2012 LP, Cognition arrived sporting a colourful patterned sleeve derived from African wax textiles replete with dithering which immediately catches the eye. Responsible for the artwork himself, Lowe was kind enough to provide the following explanation, adding further examples of his interest in African textiles can be found on his Instagram.

“The genesis of the the cover art springs from my collection of African wax textiles. I began collecting them some years ago due to the relationship I felt through these sort of advanced and alien motifs. This ultimately in my mind echoed the sort of universal sound I was focusing on through modular synthesis. There is a vibrancy and electricity that swells through the imagery, something I found very personal… pushing science fiction themes.”