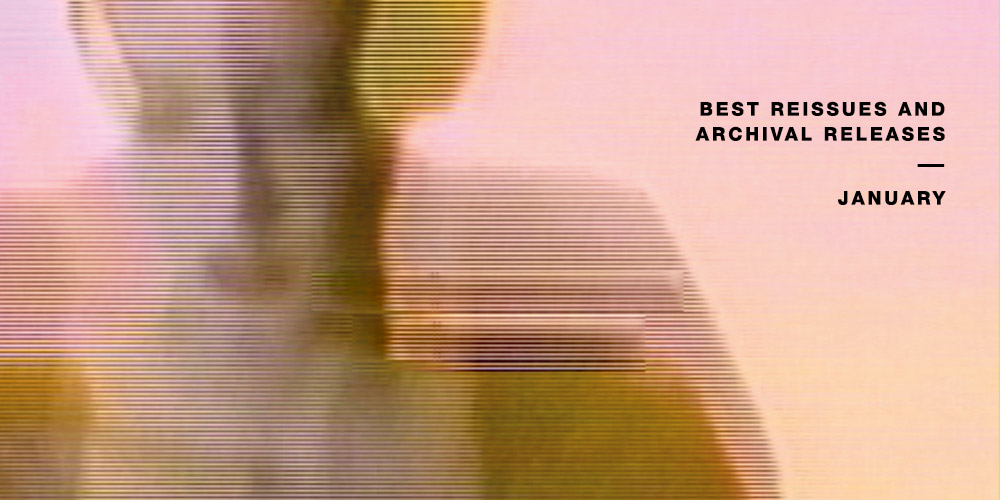 Flora Pitrolo goes for a Dip In The Pool with Muslimgauze, Vangelis, François De Roubaix and Soviet disco act Nesmeyana. 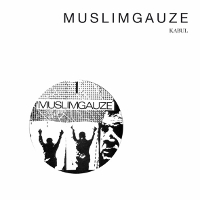 Let’s keep threads running from one year to the next shall we? Just to make sure we never forget about Muslimgauze, this month Vinyl on Demand tried to get us to spend all our Christmas money on separate copies of the Bryn Jones archive rather than the box version we might have hoped to find under the tree back in 2014. One stands out for all in this roll of January’s reissues, and it’s the first, made in 1983: Kabul. This album only very slightly shows what was to come in terms of subsequent output, which remains sonically significant, poised perfectly on the line between bleak minimalism and droney industrial pressure.

Reasons to listen to Kabul if you haven’t already? It’s a strangely ‘light’ foray into old-school dark ambient, a rather classic product of British DIY appetites of the early 1980s and a full, atmospheric album. Yet it never over-encompasses or overburdens; you can do whatever you want with Kabul. Its glacial rhythmic patterns from an imaginary Muslim world that fall over sparse, distorted synths and blurry echoed politician speeches are strong enough to score late night philosophical turns or salutations to the sun; experiments in new dance or political discussions. And whatever exactly Bryn Jones’s solitary aesthetic-political remit was, a conversation about it is probably more significant now than ever. Until the next 500 hours of posthumous archives come out.
Listen/buy vinyl 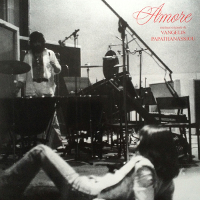 From darkness into light. Although of course it’s not that easy: whether the thought of more hitherto uncovered Vangelis from the vaults makes you raise your glass or your eyebrow. What happens in those vaults is never quite what one expects, always offering a varied, surprising range of impressions, shapes and colours. Amore is a relatively minor 1974 film by Henry Chapier – who had already collaborated with Vangelis on his earlier, dubious sounding Sex-Power in 1970 – in which a young French architect is called to save Venice from the water and, you guessed it, falls in love with a young countess who of course just breaks his heart.

And what does Vangelis Papathanassiou, Hellenic cosmos-adventurer extraordinaire, do with such a picture? He basically ‘paints’ Venice though music: its fuzzy pinks and brown-blue mists, its lacy, ghostly architectures, its dark canals. And because it’s Vangelis, all of this is executed through the maestro’s famous taste for the grand haunted panorama, the long quivering synth line, the minor key glitchy introspection, the naive music box-like melody juxtaposed with electronic reformulations of ancient Eastern instruments. Highlights are the incredibly strange “Marina”, where a ‘sexy’ breathiness distorts into a shriek, the apocalyptic yet childhood-infused “Ruga Do Pozlic”, and the huge and plaintive airy landscapes of “Venezia” and “Amore”. This record is odd, charming, and will probably prove to be unforgettable.
Listen/buy vinyl 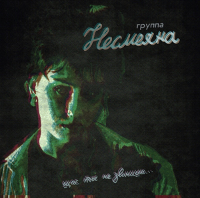 Fans of the 1980s on the other side of the iron curtain will probably be familiar with Baran Records, which has been delving into Russian synthpop for a few years now. It’s a lonely and obscure task that involves pioneering aesthetics and adventures in long-gone musical appetites, good amounts of kitsch and equal amounts of avant-gardeness. Having put out big and small archival wonders – notably forgotten gems such as Biokonstruktor’s techno-romantic “Biokonstruktor” and Olga Voskonyan’s delightful ode to the car, “Avtomobili” – Baran now reissues a 2009 album from Nesmeyana. The band hail from Voronezh and took it upon themselves to pick up the sonic threads of the Soviet genres of “cooperative disco” and “orphan pop”.

Sonically wedded to the small-town, rough-and-ready production of cheap Euro-disco infused melodies, which they pair with lyrics about the existential anguish of post-Soviet provincial living (drugs, crime, war in Afghanistan), Nesmeyana made a squalid, steroid-pumped and unrelenting bleak form of post-euro-nightmare. This is a place where bleakness and mindless tackiness are totally co-dependent. A cheap affair that reveals itself as a very melancholy one, that in turn reveals itself as some twisted post-modern post-Soviet form of electronic protest song, with something akin to sad folk melodies thrown in there as well. The band’s Alexandr Seleznev puts it this way: “Pop music in Russia always smelt of death”. Well, death here blazes like a technicolour fire from the stereo of an abandoned car.
Listen/buy vinyl 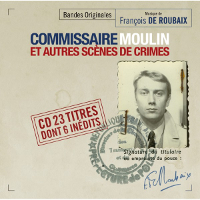 Having spent 2015 drenched and even drowning in a widespread and uncontrollable fetishism for Italian film music, it’s been good to do some ear-cleansing this January not only with some dewey-eyed Vangelis but also with the work of François De Roubaix. For the uninitiated, De Roubaix was a relatively unsung French composer, who gifted the world a rather massive catalogue in his 10 years of work before his premature death in 1975.

Though he penned memorable soundtracks for box office hits (usually involving Alain Delon pointing his revolver at you from the poster), De Roubaix’s speciality was his unique talent in creating icy twinkling soundscapes which are in fact more appropriate to the small screen. TV efforts sadly circulate less than music for film, something put straight with this loving reappraisal of De Roubaix’s work on Belgian label WéMè: the bulk of the previously unreleased tracks pressed here come from one of musician’s last efforts, the soundtrack for popular TV drama Commissaire Moulin.

The record is more anxiety than horror, more suspense than crescendo; preferring poor, sparse melodies to round, sumptuous ones. This is music for corpses in kitchens, for municipal scandals, for waiting in a car for something to happen. For De Roubaix, the sound of crime is cold, surgical synthesis: irregularly interspersed bleeps and throbs squeaking their way onto tense soundscapes, fast-paced electronic gushes over dirty basslines, jewels strewn over an old investigator’s anorak. Frankly recommended for lovers of the French approach to dark synthesiser music, in whatever shape or form.
Listen/buy vinyl

Dip in the Pool – On Retinae (Music From Memory) 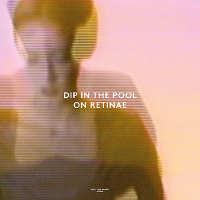 Matt Anniss summed this one up perfectly in his review – a genuine Balearic pop gem, and a rare beauty. On Retinae is another pink-sounding record to inaugurate the year: it feels like early summer in the midst of winter. While they actually had their first LP released on Rough Trade here in the UK in 1986, Dip in the Pool have been criminally underloved outside of Japan over the past 30 years. We’ve been missing out. What they consistently made was sophisticatedly dreamy, delicate new wave, clean and lean yet sonically exploratory, up there with the best early 4AD or Disques du Crépuscule traditions.

The increasingly elegant Music From Memory (I use the word ‘elegant’ every time I write about this label!) puts out the “East” and “West” versions of the song which originally bookended the 1989 LP Retinae (worth a listen) which here is just enough to whet our appetite. And boy, appetite-whetting is exactly what the track does, gifting a little morsel of late-night poolside languor, all watery textures sparkling against wandering clarinets and wide, long, linear synth-lines. Yes it’s J-pop, yes it’s Balearic, and yes it’s got a new age and ambient feel to it, but it is also and fundamentally a perfectly round, self-contained new wave diamond that manages to impeccably fuse a serious, stylish coolness with an irresistible tenderness.
Listen/buy vinyl