D.K. enters the Island Of Dreams

The Paris-based DJ and producer will return to Antinote with a new album in March.

Last year proved to be the most productive yet for Dang Khoa Chau, with the Rennes-born musician landing impressive releases on Antinote, The Trilogy Tapes and L.I.E.S. Antinote have been long term champions of his work under the initials-only D.K. name, and the Balearic boogie of Chau’s Love On Delivery 12″ was an integral factor in Zaltan’s crew featuring in our 2015 End of Year label list. A debut album from Chau’s more abrasive 45 ACP project surfaced later in the year on L.I.E.S., whilst The Trilogy Tapes scored a Slack DJs 12″ from the Paris-based producer and his former-Darabi partner in crime Low Jack.

The prolific impression given so far by Chau continues apace as news arrives he’s set to return to Antinote with a second D.K. album, Island Of Dreams, which is due in March. The seven-tracks on Island Of Dreams apparently sees the D.K. sound embark on a new direction, largely forgoing the dancefloor in favour of a more contemplative mood that will “more likely incite you to turn on your old Mackintosh and play Myst again.” News of this new D.K. album continues the strong showing for Antinote so far this year with Nico Motte’s stellar LP Life Goes On If You Are Lucky backed with the soon to be released return of the label’s Japanese correspondent Inoue Shirabe.

Antinote will release Island Of Dreams by D.K. in March. 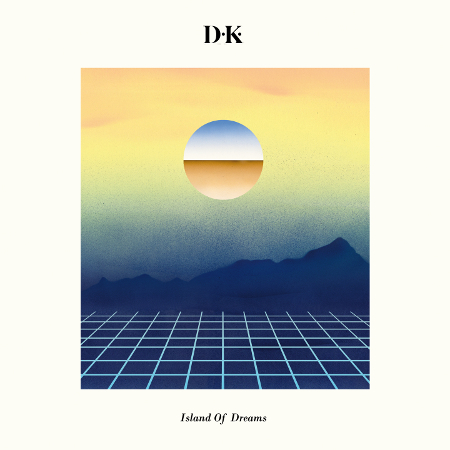