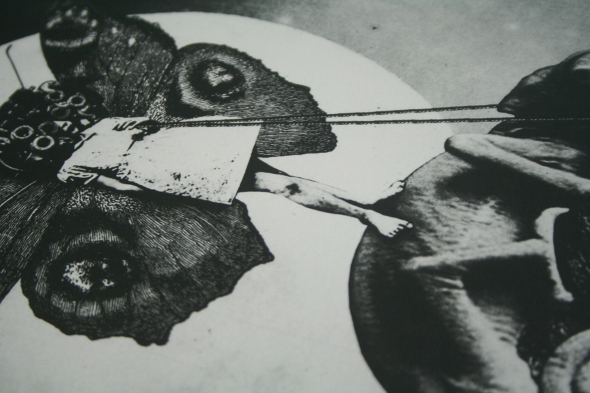 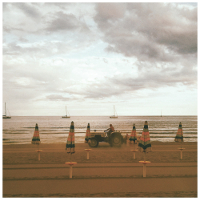 After a staggeringly productive 2015, Phil South’s ever-reliable source of the finest loose-fit discoid crossover jams opens up business for another year of Golf Channeling. To kick things off in style, he’s reached out to the shadowy operator known these days as Balearic Gabba Sound System, although strongly suspected to be Italian producer Enzo Elia working either with or without additional assistance. As the name of the project might suggest, the tone across the record is of a definite Balearic quality, although not at the expense of presence. “Adriatic Bolt” may indeed flutter along on the kind of gossamer light keys and easy beats you’d associate with the genre, the looming, dubby throb of “Quando” is no soft touch. Look out for “Quiet Force” too, which closes the EP out with a perfectly floaty acid melter for all seasons.
Listen/buy vinyl 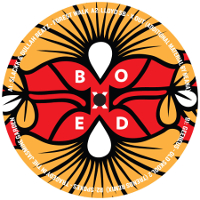 By now, any keen follower of the new wave of instrumental grime should know what Boxed is all about. The scene-defining London club night has become a breeding ground for the most adventurous artists in the game, wringing their Korg Tritons into all manner of new, exciting shapes. As the event hits three years of operation so it graduates to the label game, commencing business with a various compilation that takes the temperature of the sound right now while nodding to some of the established guard in the same breath. Slackk and Geeneus have both been at it longer than most, the former joined here by Dullah Beatz for a dense and intricate tribal throwdown and the latter being remixed by Trends to brilliant, scatterbrained effect. Lloyd SB and Spokes meanwhile both get their first outings on record, and step up to the plate admirably and in very different ways.
Listen/buy vinyl 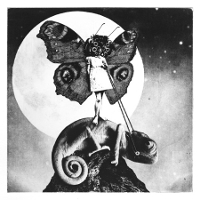 As The Exaltics, Robert Witschkowski has done plenty for dark, dystopian electro, occasionally aligned with the Bunker phenomenon but not afraid to reach to bigger production values than those Den Haag-dwelling punks. After releasing the Twelve EP on Shipwrec back in 2014, now Witschakowski is back on the label with his fifth full-length album and he comes on heavy with a sound that reaches to techno as much as his more typical electro fare. The likes of “The Eyes Of The Hydra” takes no prisoners with its unrelenting low end thump, while “The Lost Planet” makes no apologies for its unabashed 303-tweaking nastiness. With equal parts acid, techno and electro swirling around in this stormy teacup, the occasional diversions into more ambient territory make for necessary ports to round out this brassy statement of intent from a veteran of the box jam.
Listen/buy vinyl 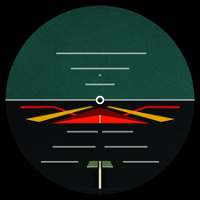 Having previously focused on releasing his own work (bar one 12” from Bodem), Delta Funktionen now repositions his Radio Matrix label to promote the ever-essential music of VC-118A. After delighting us on Tabernacle and Lunar Disko amongst others, Samuel Van Dijk presents five new musings on the creative potential that still lies within deep, adventurous electro. There are heavier moments such as “Vapor” that prove he’s got the means to get tough when he wishes to, but this is a cat best suited to running through textures and tones in more esoteric corners. “Vex” in particular shines through with its dynamic layers of melodic content and crisp machine funk backbone, but truthfully every jam resonates with the creative flair that has marked Van Dijk out as such a talent already.
Listen/buy vinyl 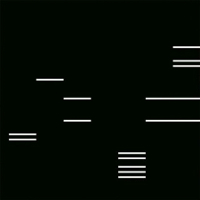 Attempting to scale the back catalogue of Pat Murano is no mean feat, not least when considering his work as Decimus. He must have hit a productive streak when launching the alias in 2011, flinging out a frankly dizzying amount of albums in the time that has passed since on all manner of respected labels. The latest installment in his Decimus series comes in two twenty-minute parts that delve into all those unsettling corners of the consciousness you dare not explore unaided. Distant, distorted voices and electronic interference one minute, submerged percussive pulses the next, with plenty of errant frequencies and ne’er-do-well static in between. It’s a marvel of sound design and attention to detail, serving as yet another example of the uncompromising vision Murano possesses in the field of experimental noise and drone.
Listen/buy vinyl 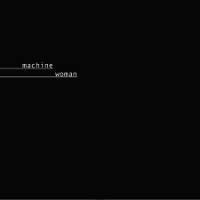 Dig around online and Anastasia ‘Machine Woman” Vtorova has come a long way before landing her debut 12” in impressive fashion on Peder Mannerfelt’s consistently excellent Produktion label. Born and raised in Leningrad, but now based in Berlin, Vtorova has spent time inbetween these two cities living in Nottingham. As Machine Woman she’s with shared stages with GNOD, Raime and Shapednoise, performing in New York basements, abandoned warehouses in Manchester, Dundee Contemporary Art Centre and Parisian cafes. Proof enough that sometimes artists achieve a lot before they make it to a slab of wax. On the basis of For Sweden, we hope there is plenty more to come from Machine Woman with these six tracks just what you’d imagine Mannerfelt would relish releasing. Teetering between the rhythmic and the abstract, For Sweden sees Vtorova confidently deploying slithering techno framed around hollowed out percussion and the sort of warped malevolent sound design that would stop Mika Vainio dead in his tracks.
Listen/buy vinyl 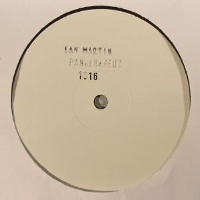 Ian Martin is one of those unsung champions of Dutch electronic music, and yep you guessed it, he’s one of the Bunker crew. This five-track Seer EP presents Martin’s third record on Bunker sub-label Panzerkreuz following a pair of 12”s he released for the label in 2013 and again it finds the Rotterdam artist dipping into a world of sound fit enough for a 1970s swamp thing horror movie. It’s a record you could imagine Editions Mego snapping up given the chance too, and all but the A1 cut are reduced numbers of eerie atmospheres, crawling static and tense vibrato. Music for the imagination that’s for sure.
Listen/buy vinyl 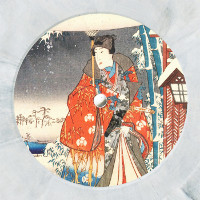 It’s nice to see Michel Isorinne’s solo music make its way out into the open following a spate of releases with Varg under the D.Å.R.F.D.H.S. alias on labels like Clan Destine, Opal Tapes Northern Electronics and Field. “Michel likes to play the keys, he really likes to come up with key stuff,” Varg told us in a 2015 interview, “he’s really good at twisting those really sad melodies.” If you needed further evidence of this, Recollections of Forgotten Dreams is it, and with the exception of “Without Tears” there’s hardly a beat in sight, with thunderous birdsong, workshop field recordings and yes, sad twinkling melodies abound defining the Swede’s first vinyl release.
Listen/buy vinyl 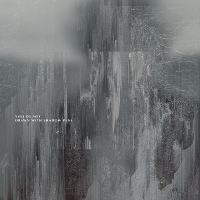 Yves De Mey’s music takes some listening, and it’s not always easy, but you will come out the other side of each production on this album feeling a sense of narrative. They’re not easy listens that’s for sure, but if you are the type of person that can immerse yourself in the sound of pulverised static, pinching high frequencies and other types of sonic suffocation that’s improvisational: Drawn With Shadow Pens is a scoop. Said to be one take shots of modular sequences recorded in mono after days of patching, these nine tracks highlight just how limitless and colourful the world of synthesis can be even if it does come in greyscale packaging.
Listen/buy vinyl