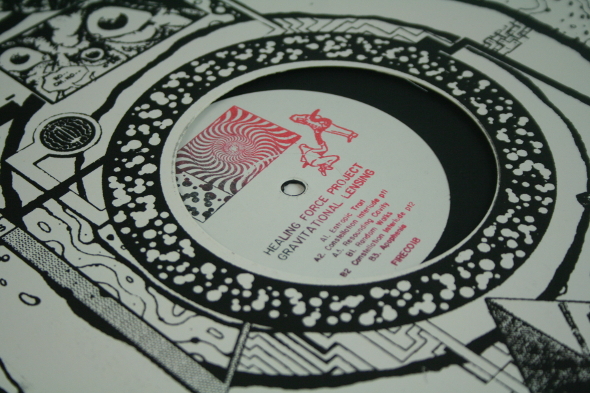 For Jeff Mills in 2013 it was former NASA astronaut Mamoru Mohri’s trip to the moon that inspired his Where The Light Ends album, and now Anthony Child enters the cosmos – albeit from a metaphysical perspective – on this From Farthest Known Objects LP thanks to the help of astrophysicist and guitarist Dr Andrew Read. The two have released music together before in the 1999 album Guitar Treatments (with a mooted Downwards reissue still yet to surface) with the pair reuniting some 15 years later to deliver an album that has the all skeletal viciousness or Surgeon’s early work however through exploring “new production techniques using old and unlikely hardware,” the eight tracks here arrive in mutated, lurching form. Consider this a call to arms for the hordes of Surgeon fans demanding he make music to pound the dancefloor with again.
Listen/buy vinyl

No longer does STL have the monopoly on locked grooves! In a leftfield showing of label direction from Tessela and Truss they take their Poly Kicks platform take out of the London basements that their music is heard most and into the audio visual workshop of Haroon Mirza who crafts 50 locked grooves by using textiles like glass, cardboard and sellotape. While the overworked Juno Records soundfilers may not have had the time to rip all 50 clips to the site, you can see how Haroon Mirza’s music is made here which provides Poly Kicks with a third surprise release which follows Tessela’s Luv Mix 12” and his 2013 clubland hit Hackney Parrot before that.
Listen/buy vinyl 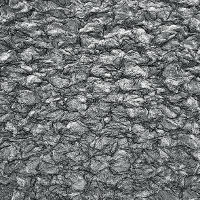 Having earned a reputable name in Manchester for granting artists like Kassem Mosse, Frak and Dynamo Dreesen their first UK gigs, the meandyou. label division is now starting to find its legs after surfacing in 2013 with a two various artist 12”s. This new Bookbinders EP – taking its name from the club that hosted early meandyou. parties –  signals the collective are still in the v/a game come 2016 following last year’s instant sell out Kassem Mosse cassette and Herron’s dubby five-track The Night Garden EP. meandyou. welcomes back emerging artists Sul and Fabric to the label plus Workshop’s Even Tuell and Belgium artist Sensu who co-runs Testoon Records. Teull’s “Boys Truth” presents an archival production from his Kleestadt studio recorded five years ago, while the loose groove and abstract drums of Sensu’s “Sigmon” will appeal to more daring DJs. Sul and Fabric’s cuts provide more experimental fare with Sul’s disjointed “Does It For Andy” humming like a power plant frozen over while Fabric’s “Pink Grid” teeters on the edge of distortion with its huge swirls of bass.
Listen/buy vinyl 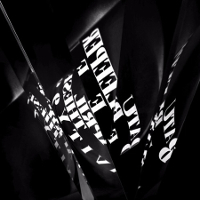 The biggest headline to hit the pages of the electronic music web this week was the announcement Livity Sound are to release Kowton’s debut album. “Shots Fired” was the track from Utility that could stream, however, until the album’s April release it’s Bristol young gun Batu that’ll be calling the shots thanks to his bombastic return to the Livity crew’s reverso sub-label Dnuos Ytivil. Omar McCutcheon’s two cuts here fill a space somewhere between Kowton’s big room productions of late and the more frenetic club fare Asusu has released on his Impasse label. The A-side’s snare-heavy “Bleeper Feed” is cocked and loaded to be a pensive hit for the clubs this winter, while a less ‘peak time’ alternative on the B-side, “April These”, is a reduced number that shuffles in drums and shimmers in synths capturing that tribal Livity sound just right.
Listen/buy vinyl 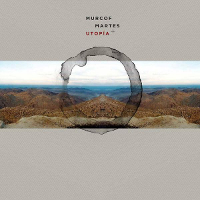 The reissue Gods dug deep this week by unearthing Murcof’s first two albums Martes and Utopia that were originally released (and released again) by Tony Morley’s Leaf in 2002 and 2004. For some background, Leaf is home to an eclectic assortment of artists which among many others has put out music by Peder Mannerfelt’s Roll The Dice collaboration, Caribou and Sutekh in addition to six Murcof LPs. This special double release with bonus CD is part of the label’s 10 year anniversary collections which have also taken in reissues of Japanese curio Susumu Yokota, Coleen, and Dan Snaith’s classic Caribou LP Up In Flames. But from this Murcof collection expect hours’ worth of sequenced mini-rhythms, micro glitches and static pops mixed with flashes of orchestral instrumentation which combines the world of secular sound design and synthesis with sacred melodies and classical compositions of atonal pianos and strings.
Listen/buy vinyl

Last year Jordan Czamanski positively delighted attentive listeners when he dropped the first installment of Lushlyfe on Rush Hour’s No ‘Label’. Although he may have forged a reputation alongside Juju turning out 4/4 oriented burners, the learned jazziness in his musicianship always shone through beyond the simple club-compatibility of his productions. As this second offering demonstrates, the Lushlyfe series is clearly destined to provide an outlet to Czamanski’s more esoteric musings. Devoid of dogmatic drum patterns, his synth fingers are given carte blanche to roam through all kinds of dreamy landscapes, with consistently brilliant results. From the detailed processing and aqueous wonder of “Sweet Dreams” through to the rubbery strangeness of “Sus”, this is the sound of a magnificently skilled artist stretching out in style.
Listen/buy vinyl

Another product of the ever-over-runneth cup of leftfield music conceived in Düsseldorf, Toresch has city luminary Detlef Weinrich (aka Toulouse Low Trax) on the buttons for an album of bleak, industrial-tinted songs fronted by Mexican-born artist Viktoria Wehrmeister. Considering the first release on Salon man Vlad Ivkovic’s Offen Music was a reissue of Rex Ilusivii from 1988, it’s clear where on the electronic timeline Toresch is aiming. “Quedarte” is prime example of piston-pumping claustrophobia, Wehrmeister delivering a beyond the grave Siouxsie Sioux vocal that sounds right at home amongst the straining mechanical tones. Weinrich’s production excels at every turn, from dense and intricate rhythmic trysts to primal blasts of pure synth dread. Just try listening to closing track “Comida Para Todos” and not imagining some kind of apocalyptic robot death march.
Listen/buy vinyl

Antonio Marini’s Healing Force Project has really started to gain traction in the past couple of years. From first surfacing on Acido way back in 2010,  the releases have begun been flying in on Berceuse Heroique, Sun Cat, Marco Shuttle’s Eerie, and Bedouin amongst others. Considering the far flung cosmic nature of his craft, the recent evolution of Firecracker’s tastes towards the wild and weird makes this coming together quite a natural one, and Marini steps up to the situation with six pieces that brim with infectious madness. In between rough beatdown chop-ups and noodly jazz licks there exists an urgent pulse to Gravitational Lensing which keeps you locked in no matter how far out the music goes. That’s a challenging quality to master, and it makes for an absolute joy of an EP to get lost in.
Listen/buy vinyl

Previously spotted getting gnarly on the trusted Wisdom Teeth label opposite Etch, K-Lone now gets a whole record of his own to stretch out on. The occasion happens to be on Badimup, following on from choice turns by Wen and Facta which firmly places K-Lone in the cut and thrust of the current UK-rooted club aesthetic, whatever we can call it these days. He’s certainly come out swinging, with not one moment to chill in amongst the deadly dark garage-imbued structures of his floor wreckers. “Crunch” pivots on the craftiest of 2 step swings, all understated bass malevolence and minimalist surroundings, while “Rude” brings a forthright swagger hinging around a shudderingly simple and deadly bass hook and all manner of slick but subtle edits. “Cellar Door” finishes off proceedings with another twist on the sparse production style with a dash of electro nipping at the bass-led groove. An all round masterclass in moody, multifarious night music.
Listen/buy vinyl

After all his collaborations with Mumdance, Adrian Sherwood and more, it’s been a while since Pinch was clear to throw down his own vision of a club track. As has been evident for some time, the dubstep torch-bearer has been embracing other styles without losing sight of that fundamental soundsystem focus, and so it goes on this new single for his own Tectonic label. “Screamer” stands out as being one of the most overtly house-rooted tracks the Bristol producer has released, but it’s far from typical 4/4 jam. For a start Riko Dan is busy toasting a fierce business across the tune, while there’s a terrifying slab of industrial noise that looms large throughout surely sculpted to incite fear in the dance. There’s some urgent experimentalism going on with B-side track “No Justice”, all snaking electronic rhythms and alien synth squirts that make for a thrillingly toxic blast of leftfield steppers material.
Listen/buy vinyl