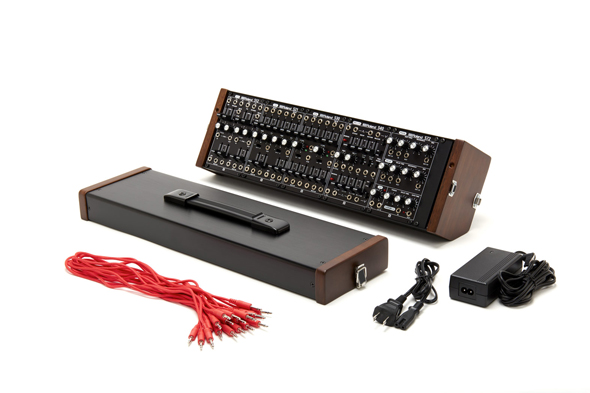 The hardware giant also announces the A01 controller in time for NAMM 2016.

Of all the hardware manufacturers gearing up to announce their latest gear at the annual NAMM conference in Anaheim, California, Roland will surely have plenty of attention foisted towards them. The prolific company have been busy with their Aira range of drum machines and synthesisers and the Boutique series, while last April we were busy talking up their latest steps into the resurgent modular market. The System-1m seemed to align itself with the neon green glow of the Aira machines, while making the wise move to be fully Eurorack compatible so as to ensure established modular devotees could integrate this new hardware into their existing set-ups. One of the key elements of this new wave of modular equipment from Roland was the careful embrace of modern advancements, using their self-styled plug-out technology to create a more fluid integration between computer-based workflows and the stoutly outboard nature of most modular work.

Now Roland have announced the System-500 as a Complete Set comprised of five modules. Compared to the crossover appeal of the System-1m, this is a composite piece of hardware that follows a strict lineage from the legendary System-700 and System-100m synthesisers of the 1970s. When we spoke with Richard Devine last year, he explained how he had helped in the development of both the System-1m and the System-500, working closely with Roland and U.S. manufacturer Malekko to ask, “what five modules would be best to get some instant results just patching within itself.” As with the System-1m, Eurorack compatibility has been maintained in amongst the multiple oscillators, filters and effects contained within the custom-built case.

Roland have also unveiled their new A-01 MIDI controller. With plentiful CV outputs tied in, there is the potential to control a whole host of hardware, while the Bluetooth connectivity ensures compatibility with tablets and mobile devices as well. Beyond its role as a controller of other devices, the A-01 also has an 8 bit synth engine built into it as well, which comes into its own if the unit is paired up with the existing K-25m keyboard that Roland released for use with their pint-sized Boutique series of audio units.

Roland will release the A-01 in February. The System-500 is available now.