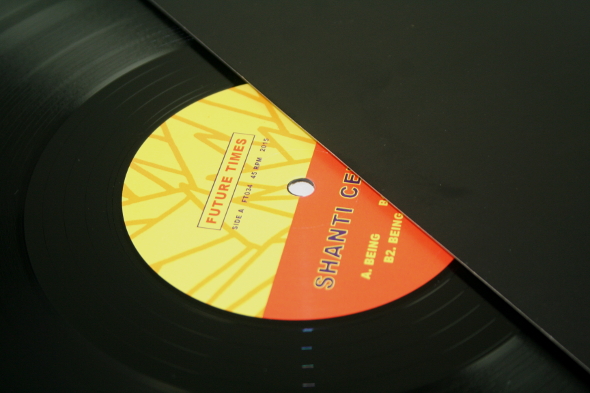 2015 saw the South West of England flourish as a home for dance music with all eyes on Bristol. From the more established labels – Livity Sound, Idle Hands and Pinch’s Tectonic – to the newcomers such as Shall Not Fade, Hotline and Happy Skull, we’ve watched the city become ever more important hub for house, techno and grime. One of the most central figures of the city is Bristol-via-Chile’s Shanti Celeste who has risen from Idle Hands employee to amongst her current talents being a co-runner of label Brstl, an excellent DJ and also producer. 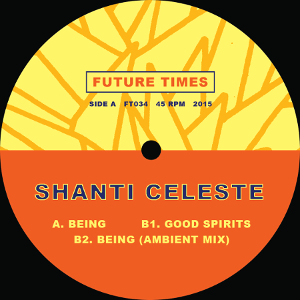 Crafting velvet-textured house, there’s an element of turn of the century hip hop in Celeste’s productions too. Having heard Celeste play the instrumental of Snoop Dogg’s “Sensual Seduction” on an NTS show and listened back to her productions, it became clear how her music is in part influenced by this sound. Recently, she has paired up with Julio Bashmore a couple of times; it might have seemed like an unlikely collaboration at first but they’re both Bristol house heavyweights who know how to craft an incredibly satisfying, people-pleasing bassline. It’s in that realm, the bass, which Celeste’s productions ultimately thrive off – from the springy, elastic tones in the fore to a clear sub bass that thumps, bringing more dynamism to the sensuous pads that live above.

After contributing “Strung Up” to last year’s third Vibe compilation from Future Times, Celeste now comes through with Being, her debut 12” for Max D’s label. On the lead version of “Being”, the bass throbs harder than ever like an over-caffeinated heartbeat thumping through your chest. “Being” is the sound of a Church rave, you can just envision the blaring organ stabs echoing through the hollow, cold brickwork – refracting off rainbow tinted stain glass windows. In that sense, “Being (Ambient Mix)” is the morning after the rave, softening the textures of its original for those who prefer a more relaxed take.

Sandwiched inbetween is “Good Spirits” whose mellow, emotional pad key changes bring to mind the work of Soichi Terada, yet this raises an important point about Shanti Celeste’s productions. There may be elements of her music that recalls the legends of years gone by, but Shanti Celeste’s sound is one that’s ultimately hers to own – a vital voice and sound in UK house music at this moment in time.