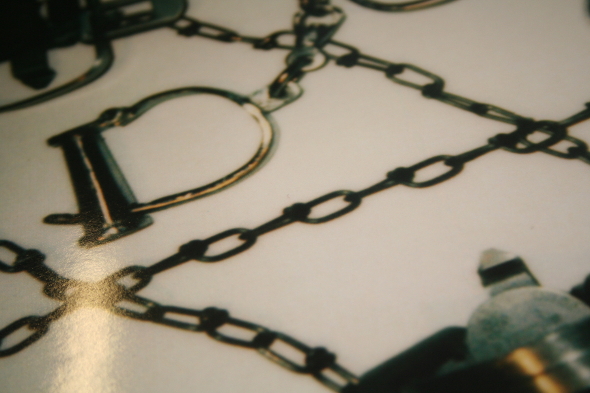 To speak for the likes of Oliver Ho is not possible without tracing the trajectory of one exceptionally prolific career. For two decades now, the London-based artist has released using over half a dozen aliases spanning techno, occasional forays in house, drone rock/noise and, more recently, modern post-punk reinterpretations. Throughout these many phases, he’s seemed to abandon the projects, be it the seminal Meta imprint, short lived electro-pop outfit The Eyes in the Heat or his more well-known Raudive project, once they’ve reached a creative peak, only to return reinvigorated under a new alias. His new project Broken English Club project first appeared in 2014, as the fourth release on Silent Servant’s Jealous God imprint. 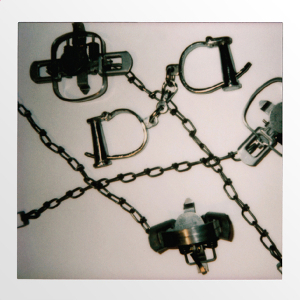 When discussing the origins of Broken English Club with James Manning on this site last year, Ho stated the name of the project was “a place that could be disgusting and fascinating… that’s more interesting to me than futuristic utopian ideas, or ideas of superior technologies.” Elsewhere he’s described it as the “English electronic music tradition” of strange music that has seeped its way into his work. And while the he proudly wears these influences on his sleeve here, he’s certainly doing it on his own terms. But truth be told this isn’t new territory for him; the Raudive project flirted brazenly with post punk antics and Balearic tendencies over the last few years. Just check the Obsessions EP from 2013 on Get The Curse and the tremendous Levels EP on the now-sadly-defunct History Clock.

Suburban Hunting suggests Ho has managed to merge all his disparate influences of the past two decades, throwing them into a cold, dark basement and smashing all these aesthetics altogether quite impressively. For most part it’s his rugged acoustic rock drumming and abrasive guitar feedback treatments (no doubt honed during his long-running Zov Zov project with Tommy Gillard) with some minimal synth pulsations that are a constant throughout the album. These shine a black light on his more transgressive influences and venturing into darker and perverse territory with its themes steeped in Ballardian dystopia; suburban seediness in luxurious yet bleak housing estates, the inherent claustrophobia and the underlying paranoia of surveillance in the modern age.

Back in the early ’90s, Ho’s interests lay in the burgeoning UK grindcore scene, where he met fellow Ealing-based collaborator Max Duley at a Napalm Death gig. There’s an appropriate homage to the Birmingham legends on “Scum”, Ho’s cover version of the title track from their seminal debut album which featured Mick Harris and Justin Broadrick. A seething and restrained version of the track whose guitar riff is instead emulated by a throbbing saw wave pulsation swimming through dense and sludgy walls of feedback and distortion. The in-your-face punk attitude of the next track “Tourist Zone” is reminiscent of classic Steve Albini, with its metal-on-metal aesthetic; all scratchy layers of guitar feedback and overdriven bass. All of course supported by Ho’s sometimes stern, other times nonchalant monologues, howled through excessive feedback and barely decipherable, which are a constant throughout the album.

As a whole Suburban Hunting is more reflective of the electrifying Broken English Club live shows Ho has been honing over the past year, as opposed to the polished dance floor oriented tracks he’s released of late, such as “Glass” or “Channel 83”. Fans who have seen the project develop will be pleased to hear that staples of these live gigs such as “Derelict” have finally seen the light of day on vinyl. Commencing with a pounding intro and unsettling layers of horns that bring to mind NYC peak time traffic jam, the track’s status as a perfect 3AM anthem for miscreants is guaranteed by the brooding over processed guitar riff. It’s impossible not to mention the savage strobelight dance of “Crime”, all sleazy attitude and bumping groove. It’s catchy bell melody, raw machine rhythm and haunting Carpenter-esque strings have resulted in many a clubber losing their minds and proudly revel in their irreverence recently.

Ho may have once famously rejected the bloodlines of techno in the early nineties, claiming that “Strings of Life was never an important track for me. All of those supposed classics”, but with Suburban Hunting he certainly does model the significance of the aforementioned English electronic music influences. You can hear aspects of Throbbing Gristle, Whitehouse and Fad Gadget, or indeed even Napalm Death. Non-UK acts too (Stephen O’Malley) as well as non-musical figures such as Matthew Barney or William S. Burroughs could also be seen as influences here.

But Ho’s musical journey of twenty odd years merges it with his own style regardless, joining the dots between the esoteric hypnotism of his early techno to the sheer naked aggression of his power electronics side, to the ritualistic magick of his more recent work. Or to put it in simpler terms, as he said himself on the title of his third album back in 2000: he’s still Listening To The Voice Inside.