S Olbricht has a Glimpse at Norwell 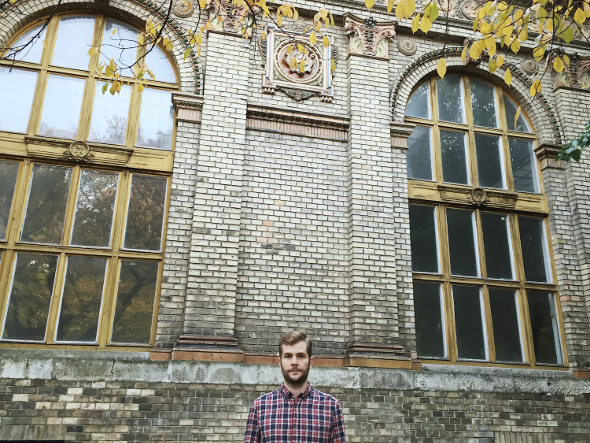 Stream the Budapest artist’s remix on his compatriot from the forthcoming Appendix 12″ for Shabu Recordings.

Plaid-wearing producer Balázs Semsei (pictured above) first surfaced under the Norwell name back in 2013 with I Kissed The Sun, a seven-track digital release for Montreal’s Shabu Recordings that painted a picture of Kosmische Musik using contemporary production strokes. Since that debut, Semsei’s sporadic recording bursts have made it to the cassette format with a Cleaning Tapes-released album with fellow Hungary artist S. Olbricht in 2014 complemented by the fine Morfózis for Reckno late last year. Norwell now comes full circle with a return to Shabu later this month, this time with his debut 12″ release Appendix which is set to land on January 22.

Along with the original Norwell tracks from Semsei, the label has also sought out contemporaries Willie Burns and S. Olbricht (yes, him again!) to provide their own flavour with some remixes. The latter’s features on the digital release only, but that shouldn’t take away from a moody production by the ubiquitous Farbwechsel figure that percolates with all manner of interesting electronic detail and bnings to mind some of Actress’s more static productions. Stream in full below.