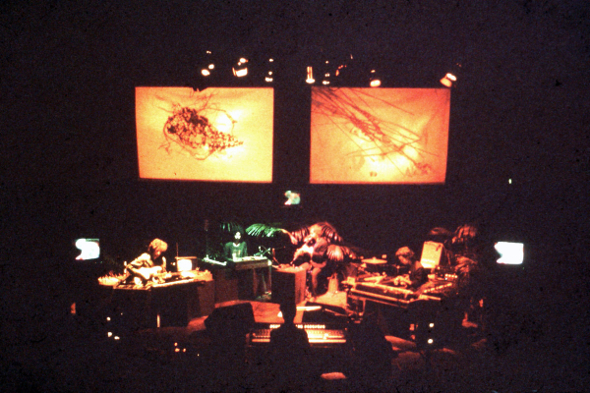 The London label indulges in reissuing the obscure and thought to be forgotten Dutch band.

Ario Farahani’s Astral Industries made quite the splash when it landed in 2014 by delivering a lavish double 12″ release of heavyweight DeepChord music. That Lanterns record sparked some fiery online debate and justifcation around its retail selling price (which has since doubled) which the label then followed up with the equally impressive Rückverzauberung Live In London ‎by Wolfgang Voigt, a release recorded at Church of St John-at-Hackney. Furthermore, Astral Industries has also established a vivid aesthetic thanks to the artwork of Theo Ellsworth, aka Thought Cloud Factory, an artist in musical circles that’s perhaps best known for designing the cover of Flying Lotus’ 2010 Warp Records release Pattern+Grid World.

Ellsworth is given artistic license again for the next Astral Industries release, a special reissue of lost Dutch band, Chi (pictured above). Founded in 1984 by Hanyo van Oosterom, the five-piece Chi only released the one self-titled cassette in 1986 followed by a CD album called The Original Recordings which Staalplaat sub-label Container put out a decade later. It’s this album which Astral Industries have decided to reissue after being sent the music by Rod Modell, aka DeepChord, after he “unearthed the original cassette at the bottom of a bargain-bin at a record store in Detroit.” An extra track, “Hopi” – which should be wholly appealing to fans of Brian Eno and Jon Hassell is available to hear below – has made its way on to this 2016 release which apparently features a Hopi elder speaking of Hopi prophecies and the future of the world.

For more information and personal anecdotes by van Oosterom of the Chi story head over to the Cafe OTO website where you’ll find further information on the band’s special one-off gig at the Dalston venue on February 24.

Astral Industries will release The Original Recordings by Chi on February 29. 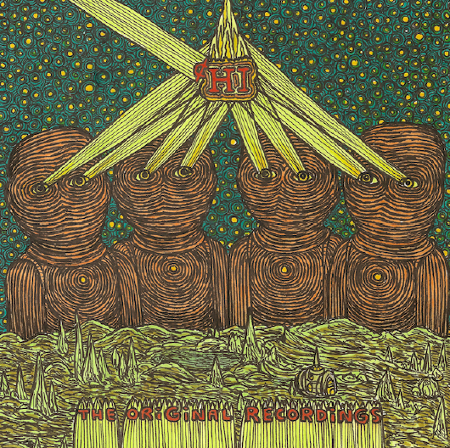