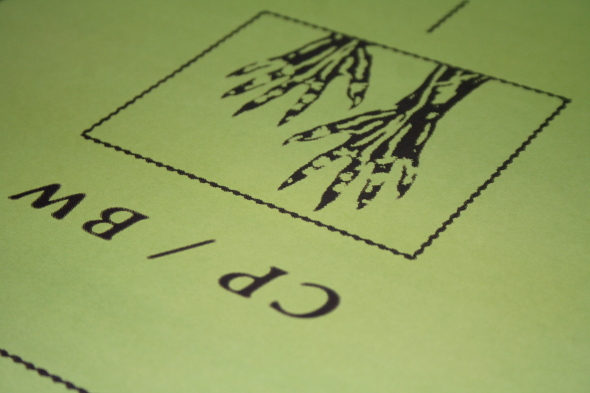 As the bleak mid winter marches on, and we take stock of the past twelve months worth of music in an attempt to draw some kind of moral from it all, I stand on the threshold sending you best wishes with a copy of this Corporate Park and Beau Wanzer album under my arm. And it’s terribly fitting: between ripples and waves of archival releases and collaborations, Beau Wanzer has been one of the protagonists of this black-lit, and backlit, electronic circus of a year, and this third release on his own label seals his reputation as one of the great madmen of our times. 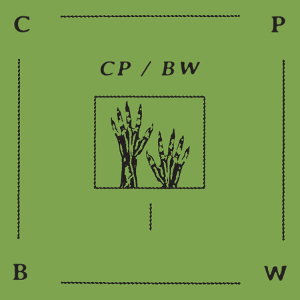 The Corporate Park pairing of Texas-based tape-pests Shane English and Jonah Lange are rather apt companions for this last bang of fireworks, having experimented for a while now with the dark flicker of a post-industrial breed of techno which is one of the sounds that has gladly defined these years. In a sense, this album is the barbed wire bow that ties up a year of maniacal hardware hacks and uncompromising electronic experimentation. It’s been a year of revenge, even triumph, of the weird kids.

If you’ve been listening to Wanzer and Corporate Park by themselves you might expect them to settle on the ample ground they already have in common, but Untitled is a multi-headed, investigational thing. While the dirty jaggedness here is certainly a common element of research – a shared taste for a spiky tinniness guides the record’s fierce textural identity – it seems together the three are mostly indulging an endless disassemblage and reassemblage of beats and patterns. Ever-more complex shapes are obsessively layered and pored over, either suspended throbbing in the distance or transformed into sophisticated hammering dancefloor killers.

In a sense, this is a very formal music, but not without humour or sense of fun, and this is clear from the very start. Despite its deep laconic intro, “Foreign Pedigree” is actually an almost clappy club track, in which a wink at a more fun-loving culture doesn’t at all kill a profound formal techno darkness. Similar mechanisms – an elegant grain covering a knowingly complex beat deforming and reforming again and again – occur in some of the album’s strongest pieces. “Worse of the Hurse”, “Whips, Chips, Chains, and Dips” and “Immaculate Macula”, are all expert variations on different textural themes.

The most fun probably lies in the moments when the album displays its ruthless techno sensibility as well as a nervous stillness, that sounds indebted to the industrial canon as much as it does to early electroacoustic music, or to music for film. This thoughtful bent is let loose on some of the stranger tracks; “Squamata Alley” sounds like falling down the stairs in the dark at a gravitationally impossible angle, whilst “Sterility Factor” is a nightmarish piece reminiscent, in its ill washes of rhythmic oddness, of early Die Form; half-clinical and the other half really very sick.

The jewels here are the irregular pearls, like “Mr Measles” or “Helium Handicap”, where our ‘terrible trio’ have moments of totally bridging the gap between what people might call easy and difficult music. Moments in which the most obscure echelons of experimental post-punk culture and the most alkaline waves of dance music collide in some new perfect recipe for the 21st century.