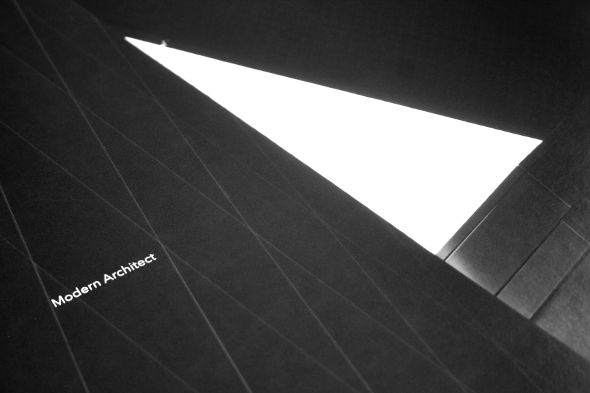 Modern Architect is a collection of tracks from Fred Peterkin’s studio that have only previously been aired in his the US producer’s DJ sets. According to a note from the newly formed Energy Of Sound label, this is the first in a series of releases, so it seems that Fred P fans can look forward to more such albums in the future. Modern Architect turned out to Peterkin’s second album of a productive 2015, but stands in stark contrast to his 5 album as FP-Oner on Mule Musiq. 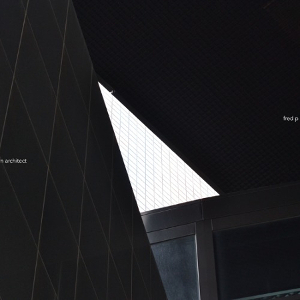 While that work saw him explore a more jazzy, ambient end of his sound and led him to assert to this writer that he hopes to perform his music as a full live band in the future, Modern Architect sees him push in the opposite direction. Peterkin’s musical approach also features on this new collection, but so too does a heads-down, driving approach to deep house.

“Sybian” finds Peterkin in heavy mode; centring on a robust bass and shaking percussion, even the synth riff has a dark edge to it. It’s one of the hardest tracks the producer has put out to date. “Tokyo to Chiba” sees him re-introduce his musical sound, with flowing piano keys and soulful vocal samples riding a buzzing bass and insistent, driving percussion. It’s further proof that Peterkin is one of the few modern house producers who can balance the soulful touch of labels like Guidance and Prescription with modern, hard-edged rhythms.

Tracks such as “Dub in the Sky” and vocal cut “Don’t Be Afraid” see Peterkin take a step back in time to revisit the soulful deep house excursions of artists such as Abacus and Ron Trent, but these are only temporary diversions. “Memory P” sees him fuse a driving, percussive rhythm with some whispered vocals and silky strings, while “Down Under” features a grungy bass and punchy drums underpinning his melodic flights of fancy. It’ll be interesting to hear what subsequent volumes bring, but as an opening salvo goes, Modern Architect is almost perfectly formed.