L’estasi Dell’oro – Every Light Is Blue 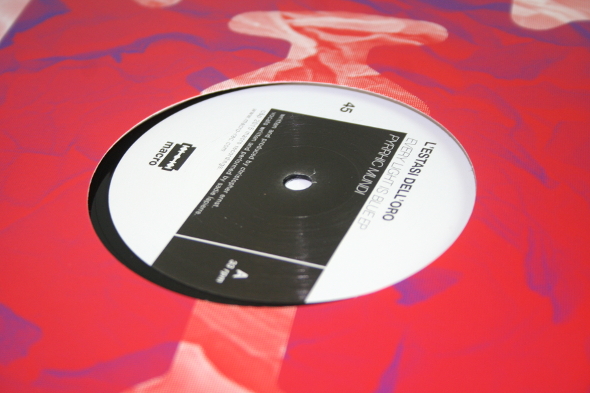 It has been yet another productive year for Berlin imprint Macro. With releases from regular staples such as label head Stefan Goldmann and Austrian trio Elektro Guzzi, Macro has expanded its roster to include recent releases by Bulgarian hardware maverick KiNK, edgy French experimentalist rRoxymore and now another outing from Christopher Ernst’s L’estasi Dell’oro project. Likewise, this Brooklyn artist also had a rather productive 2015; alongside running the labels Voodoo Down and Flaneur Audio, he presented his second full length album I Look Upon Nature While Living In A Steel City on Field Recordings. Offering up eight tracks of haunting, industrial edged hypnotism with a nod to modern classical as heard in his two previous aliases: the UK bass influenced Subbway and the textural dub techno of Penalune. 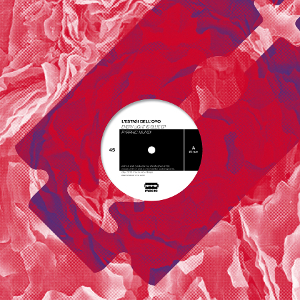 Every Light is Blue is Ernst’s second release on Macro since last year’s brilliant Iscariotic Lips, whose exquisite title track featured the impressive vocal talents of one Crystal Boyd. Its layered mantra sounded somewhere between a human cello and a Gregorian chant over a restrained and cavernous stomp. Ernst gets straight down to business on A side track “Phyrric Mundi”, a relentless club ready cut that clocks in at around nine and a half minutes. Full of tripped out modular synth oscillations that sound like UFOs soaring through dense pads and harsh washes of reverb bordering on white noise. All of course backed by a furious rhythm powering away beneath. The track’s functionality offers a much-needed departure from the status quo of brutalist club techno and is incredibly cerebral; a mental trip that would be done justice if heard on a good, loud sound system.

The B-side enlists the spoken word vocal talents of Sadie LaPierre. The title track ventures further into morose territory and sounds a lot slower than its pulverising 160 BPM tempo. Featuring harsh snare strikes that sound like blasts of pressurized air and momentum provided by the groove of muted congas. It’s all wrapped up in dense walls of bass and resonating feedback. Washes of harsh, full blown delay accompanied by LaPierre’s repeated and barely decipherable phrase give the track its edge.

Finally, on “Sky Unknown” Ernst offers a chugging, bass driven techno tool full of clanging metallic strikes and rusty open high hats hissing about the place. All the while, long decays of reverb and delay from LaPierre’s deadpan monologue whirl about the audio spectrum in sinister style creating a factory like atmosphere, adding to the tracks aesthetic quite perfectly.