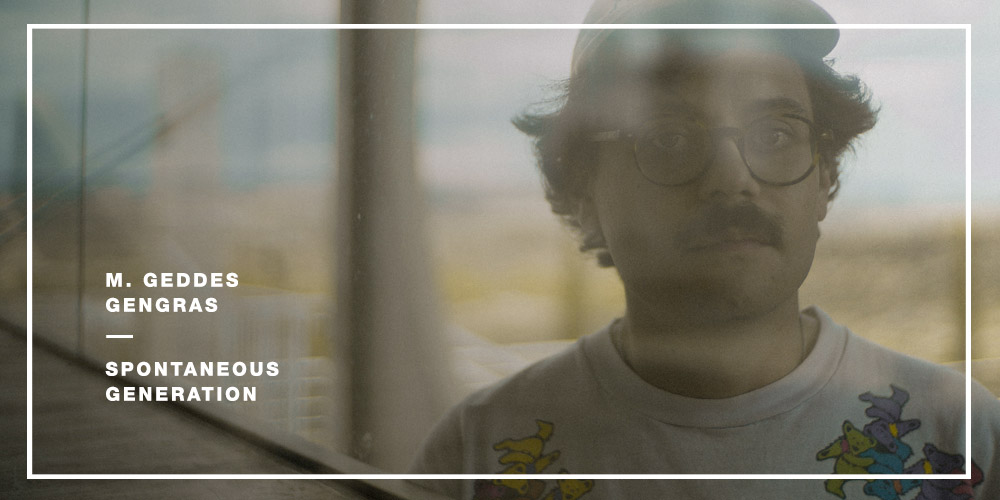 When I call M. Geddes Gengras, it’s almost midnight on a cold November night where I am, but it’s the middle of a sunny California afternoon for him. I can hear a couple of dogs running around, barking, and people moving through a door somewhere in the background. It’s relaxed, almost sleepy. It’s a mood that suits his music, which often exudes a fairly breezy disposition, and his character, which is sincere and partial to warm bouts of laughter.

Gengras is probably better known for the ambient music he puts out under his own name, or the collaborations he’s done with others, than for the kind of techno which he’s snuck out on a handful of Personable releases over the past few years. Beginning with the Human Disco cassette on Jeff Witscher’s Agents of Chaos label in 2011, and following that with pair of releases in 2012 – the Spontaneous Generation LP on Peak Oil, and the somewhat looser Alternate/Other cassette on Opal Tapes – Gengras has slowly refined his vision of dance music as Personable, culminating in the brilliant New Lines this past October.

New Lines takes the basic palette of those early releases – the modular synth setup throwing out a frantic bubbling of untraceable melody and insistent rhythm – and distils it into four powerful, complex techno tracks. It’s so effective, you could almost be fooled into thinking it was real dance music. “It’s funny, when I talk about this stuff with friends of mine, other musicians who are more in that techno world, they’re like, ‘well, it’s not really techno’,” he says, laughing. “Or the way they’ll talk about it to their friends, ‘it’s cool, it’s like his idea of techno,’ but it’s been pushed through the filter of the gear and what I find interesting in music.” 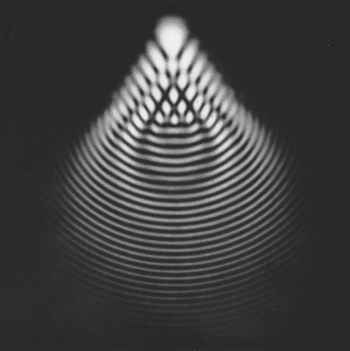 Gengras tells me a lot of it is, “a sort of a reaction to things I don’t find interesting in music and going to a lot of electronic music stuff and then also working a bunch of techno-world shows as a sound engineer.” Here he sees a lot of things that bore and even offend him. “I’m trying to find the things I really enjoy in techno and push those to the front and make the music I would want to hear, if I was in a situation like that,” he concludes.

What draws the different strands of Gengras’ output together, what connects the brittle techno of a track like “New Bounce” with the glacial ambient of Ishi, is a compositional commitment to a particular process, and a particular instrument. Modular synthesisers lie at the heart of all Gengras work over the last few years and his ability to draw distinct textures out of the machine is crucial to each record’s personality. Though much of the rhetoric about ambient music (and, to a lesser extent, techno) centres on a supposedly ego-less process music, Gengras stresses that, for him, it’s about a connection with the machines rather than a domination of one over the other. Given the opportunity, their different logics are complementary, not combative.

“What I do with music in general, it’s really based around process,” he says. “When I figured out that aspect of it, it really felt like unlocking a huge part of the puzzle of what I wanted to do in music and what I’m going towards. It was like figuring out this idea of like, machine music, creating music that is not just informed by the machines that made it but it is the product of the machines.” Man and machine have an equal hand in music creation for Gengras. “I like this idea of automatic music maybe as a way to maybe take yourself out of it and also to create a piece of music that never ends.”

This approach has obvious antecedents, the likes of Brian Eno with Discreet Music or La Monte Young’s Theatre of Eternal Music, but Gengras highlights Terry Riley and Alice Coltrane as particularly important influences, not just because of the expanded sense of duration, but also for their hypnotic, melodic sensibilities.

“They were two big influences on me, just for the sort of the way that music functions as an endless river of melody that doesn’t necessarily have to resolve or begin – you can just jump into it at any point and it’s like this float of notes,” he says. “What I realised about modulars was that just by taking the physical input part out of it, not having to actually sit there and play keys, you get this whole other set of parameters that you can then set your attention to.” He admits this is a kind of rambling, roundabout way of getting to it, “but the idea of not having to think about melodic aspects of the music, but really concentrate on the timbral side” appeals to Gengras.

Gengras quickly sketches out a spectrum. At one end, there are those musicians who are totally obsessed with songs and all that goes into them – lyrics, structure, meaning, etc. At the other, the musicians who are obsessed with ‘sound’ in itself, as some sort of transient, near-formless material. The sheer malleability of sound, the expanse of sonic possibilities, is what keeps them coming back and losing days, weeks or months to the studio. While Gengras loves to work with people with the opposite approach, he knows exactly where he lies on this particular spectrum. 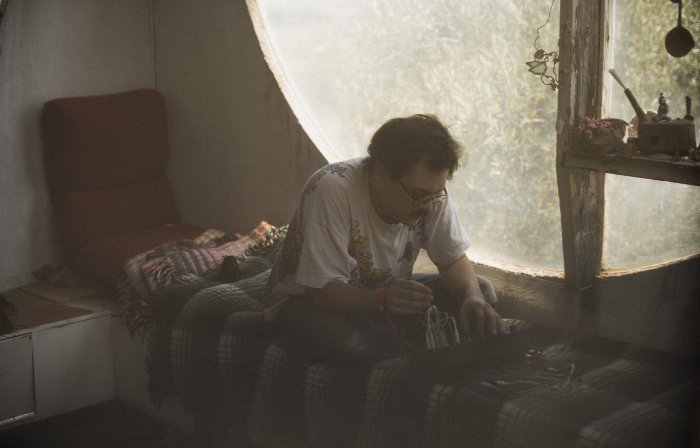 “I’ve always been a ‘sound’ guy – which makes sense because now I’m actually a sound engineer – but there’s something about that world,” he says. “I’ve always been fascinated by the depth of synthesised sound and the endless quest of electronic mastery or whatever…” Gengras compares converting really basic electronic current into sound to musical or artistic alchemy. “In and of itself, that’s like a career, that’s a life,” he affirms, adding, “even more than making records, which I really do love, and I love crafting things into that state and creating an artefact of that, just the act of playing with it is, to me, the ultimate side of it.” Why is that? “It’s cool because that’s the thing that never goes away. Hopefully. It’s the thing that got you into it before you ever had the opportunity to make a record or even the means. Playing with music, playing with sound – for some people it’s just a complete addiction.”

Time and again, Gengras comes back to this addiction, this fascination with sound as material, ready to be sculpted, unspooled or torn apart. Most of all, he seems to enjoy the ambiguity of instrumental music, looking for a sound which doesn’t dictate a particular emotional response, but rather allows the listener to find their own way into it. He talks about wanting to release his next album with no words whatsoever – no title, no track titles, no credits, no catalogue number. He’s not totally serious, but it’s not a joke either. You get the sense he’d do it, even if only to see how it would work. (His other suggestion – that all future records might be self-titled, “Peter Gabriel-style” – certainly is a joke)

“I think there’s something really powerful in taking language out of the way that you perceive a piece of art,” he says. “When you don’t have any of those basic linguistic cues to how something should make you feel or what it’s about, I think the mind is given then a much wider range to explore things.” Gengras feels it’s this combination, playing with sound and space, with an absence of language and trying to shape environments that are places that people want to be. “Build a room that people want to hang out in and that’s a song, that’s a track. There’s something about art, again, when you strip away enough reference, you can just enjoy something purely as it is. Not as a representation of another thing but just as an object, as something you’re imbibing, whether visually or through your ears or however you want to do it. There’s a real freedom to that.”

Throughout his career, Gengras has been an energetic collaborator, working in or with groups like Akron/Family, Robedoor, Pocahaunted and Warm Climate. He’s equally comfortable covering Grateful Dead songs with Alex Bleeker and the Freaks and running the dancehall label/production outfit Duppy Gun, alongside Cameron ‘Sun Araw’ Stallones. Much of his background lies in experimental, improvised music, an education which he says taught him that “listening should be the number one thing you’re doing – it should be top priority”.

“Playing with music, playing with sound – for some people it’s just a complete addiction.”

Icon Give Thank, the record Gengras made in 2012 with Stallones and legendary reggae vocal group The Congos in Kingston, Jamaica is one of the finest examples of cross-genre pollination instigated by RVNG Intl. and their FRKWYS series. Having played alongside Stallones for several years in various live versions of Sun Araw, Gengras says the pair could go hours in the Congos’ studio without talking, working intuitively even though they found themselves in a new and unusual environment. This kind of connection is what he continually looks for in bands and collaborative projects.

“I really enjoy the feedback I get from playing with other people and that energy that’s created when two things are able to join together and create a larger piece,” says Gengras. “Every band that I’ve played in, even every band I’ve done sound for or whatever, has taught me something interesting about what I’m doing or how I think about music or made me re-examine a notion that I had about music, so if you’re open and excited and ready for those realisations to come to you, they’re there all around you.” 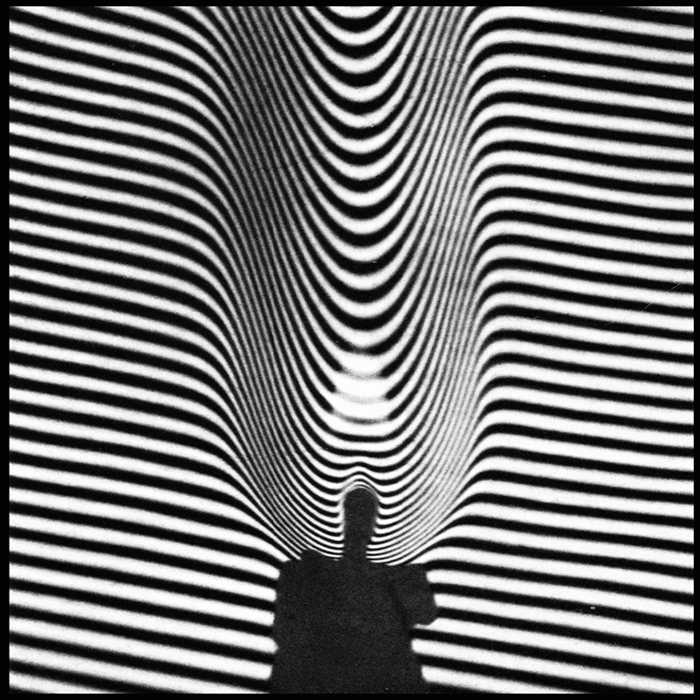 Collaborating is an easy route to get there for Gengras. “When you do it for a while, you start to develop this really amazing bond, I don’t know how to explain it, but it’s like psychic communication,” he states. “There’s a thing of getting into a state of easy flow, creatively, by yourself, but when you get into it with another person, you are functioning as a higher brain organism. You get to tap into this idea of two minds connected,” Gengras tells me, happily adding, “that’s a fucking amazing experience!”

Though it’s easy to look at Gengras’ releases and see the variety of styles and impulses, perhaps it would be more illuminating to look for what’s common to them all. You might just see an artist, as Gengras puts it, “completely dug into their own point of view, in a really impractical, horrible but beautiful way”. Despite the laid-back veneer of weed smoke, multiple collaborations and modular freak-outs, Gengras is obviously an immensely focused musician. Having spent more than ten years honing his craft, he’s at a point where he knows what he wants to do and has the skills and ears necessary to make it happen in the way he’d like. Just listening back through the Personable catalogue now, you can hear the gradual sharpening of the tools, the slow discipline of a person learning an instrument and eventually mastering it.

“It’s focus, man,” he says. “Playing modular synthesiser, like eight years ago when I got into it, it wasn’t like day one: this is the rest of my life. Although I had a pretty strong idea early on, when I got into it, I was like this is kind of it.” At a certain point, Gengras concluded this is what he was going to put all his creative energies into. “This machine, learning this machine and learning what I can do with it. I kind of think if you’re doing anything less than that, you’re kind of bullshitting the people who you expect to buy it and hear it and go see you play. So fuck that.”