Szare – The Rain God Has Cursed The Golden Land 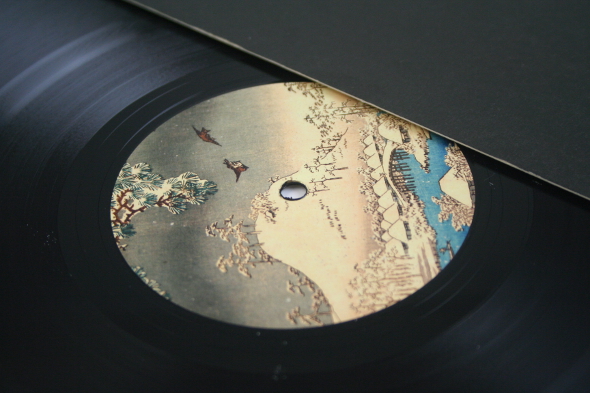 As last year’s debut album Lost Shapes proved, Szare’s music comes loaded with meaning and coded with secret messages. Initially, the duo’s arrival on Dutch label Field with The Rain God Has Cursed The Golden Land would seem to continue in this vein. However, on closer inspection, this appears not to be the case. Rather than imbue their music with grand statements, Szare prefer to take a tongue in cheek approach to techno. The way they see it, using politicised titles that hint at half-formed manifestos is their way of initially grabbing the listener’s attention to their abstract, complex techno. 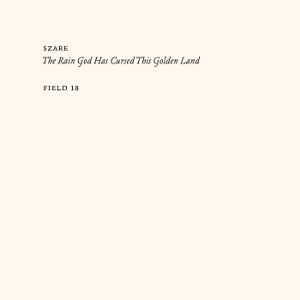 Judging by this release though, they shouldn’t have to use such ploys; opening track “The Silver Number” has a lot going on, from its mechanical and ticking percussive whirrs and acidic bubbles that give way to its rumbling bass and powerful filters. It even has a hint of ‘90s techno later on with the bleary trance spectre of labels like Music Man and Plus 8 looming over its stepping rhythm. In stark contrast is “Buried Rails”; underpinned by intense claps and tough kicks it draws the listener in to a nightmare scenario where a rolling snare stuck indefinitely on repeat and screaming analogue riffs prevail.

The release takes a turn back down a less visceral route on “Crop Failure”. Like the release’s title, its name hints at the effects of climate change, but in reality it’s a brittle percussive workout in much the same mould as the pair’s Frozen Border work, albeit with the odd filtered stab and bass drop. Finally, there’s “Overcharged by the Pump”, the release’s most distinctive track. Like the others, it follows the same rolling, stepping sound, but its drums are looser and tribal, like they were recorded on a lonely mountain top in the Andes, while its wailing sirens suggest either that time may not be on earth’s side – or are merely a part of Szare’s complex musical jigsaw.

A1. The Silver Number
A2. Buried Rails
B1. Crop Failure
B2. Overcharged By The Pump