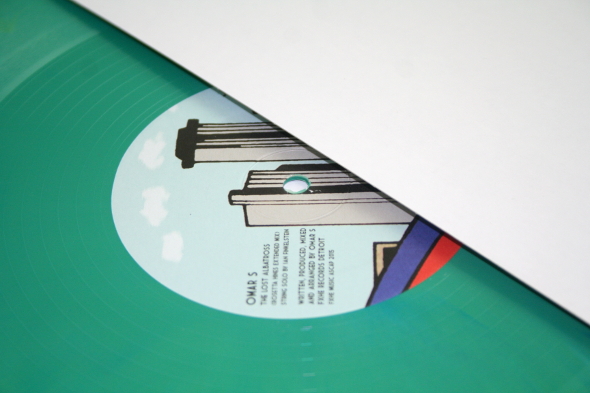 In and amidst the grin inducing, life affirming productions like “Here’s Your Trance, Now Dance” and the innumerable skeletal house and techno 12”s that form the vast FXHE discography, the Side Trak’x series from Omar S has proved an intermittent and intriguing bookmark. Here the Detroit producer explores his beat making at a markedly slower tempo, though the signature grit of his productions remain intact. In the case of tracks like the Streetfighter II referencing “I know Chun Li”, witnessing AOS roll out cuts at a hip hop tempo makes it all the easier to marvel at his beat programming skills. 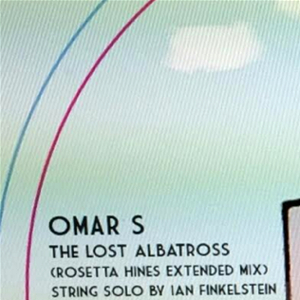 Dormant since the second volume back in 2008, the series was back in focus this year with the 7” shaped Side Trak’x Volume #3 which presented an intriguing development, as well as revealing Omar S has a pinball machine in his studio. Recent FXHE graduates James Garcia and John FM provided charmingly sung vocals for the two tracks produced by Omar S and resulted in some wonderfully dusty R&B. And now we have this fourth volume which sees Omar S further map out the possibilities for the Sidetrakx series.

Lead track “The Lost Albatross” is given the freedom of the A-side and revels in a similar sort of nostalgic mood redolent of a bygone era to the pair of Omar S tracks on that aforementioned 7”. There are no vocals this time, though the hazy boogie track is blessed by some wonderful strings from local Detroit jazz musician Ian Finkelstein. In a further celebration of Detroit, “The Lost Albatross” is fully credited as the Rosetta Hines Extended Mix, tipping a figurative hat to the onetime WJZZ radio DJ; do some research and you’ll find this is just this sort of music she played on her show.

After the brief abstract beatdown oddity that is “Tgiomde”, Omar S ends with yet another variant on the 2013 12” S.E.X., a personal favourite of the FXHE discography. Working once again with Aaron Siegel, the track, now called “X.S.E.”, has been twisted inside out with all remnants of a beat discarded in favour of the pair toying around with that misty-eyed synth refrain. The gentle and sweet ambience of the track’s opening moments is rather undone by some truly odd primal noises from unidentified sources, and the subsequent sound of a woman laughing heartily as what could be a vibrator is put to use. We still await the original version of “S.E.X.” from FXHE and this track is a most curious and puzzling addendum.