Peter Scion – Through My Ghost 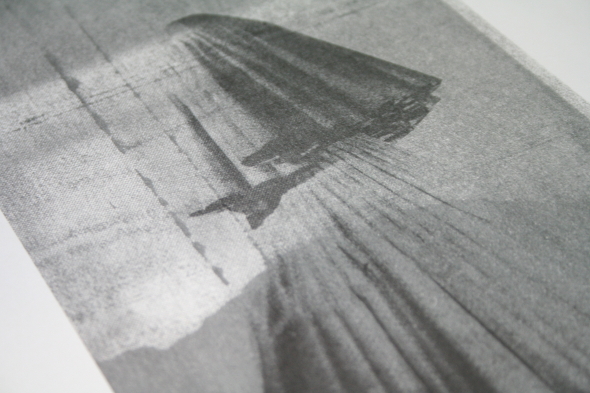 Music for love, music for oneself, music for exorcism. When Swedish musician Peter Scion was still cloistered in the internet underground of his blog, publishing his many albums online following the interest of those heroic suspects such as Mutant Sounds, he wrote an entry to his 2000 album Through My Ghost in which he described the record’s emotional environment as follows: ‘I was a bit like a ghost to myself, and the album is the sound of that ghost performing.’ The meander through Peter Scion’s ghost is uneasy, shifting, yet delicate. You tread on autumn leaves and you race through cosmic landscapes. There’s violence and there’s warmth. 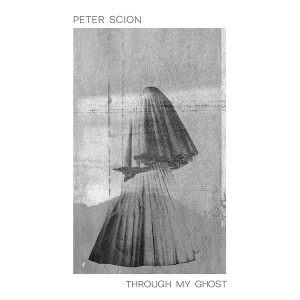 Listening through this album is also an experience that’s agitated, restless though discreet, and it is probably this restlessness which drew Huntleys + Palmers to reissue it, taking a very sharp departure from its usual activities. It was the third track pressed here, “The Devilish Mother” that first pricked up H+P boss Andrew Thomson’s ears. Described aptly as a kind of ‘synth-folk’, Thomson found the track on a coldwave mix assembled by Clement Meyer in 2011 and was swiftly hooked and obsessed.

Though the body of the album pivots entirely on the explicit ‘ghostliness’ mentioned above, Through My Ghost is a kaleidoscopic beast sonically – atmospherically consistent, it nevertheless shifts heavily through various sonorities. The record quite literally launches on “Sounds of the Space Age”, a complex, Raymond Scott-esque montage of space race reports, broken at times by isolated beeps and quick washes of noise, the whole thing resting on a little march-like synthline, slightly ominous, hovering in the background.

From this preface of sorts, the album moves straight into the lo-fi buzz of the title track, where a slow, muffled electric organ pierced here and there by strings and high-pitched tones sustains Scion’s confessional poetry, leading the show even more starkly in the following, haunting “The Devilish Mother”. Here acoustic chords twinkle in the distance, reverberating, metallic, and Scion’s voice appears filtered, rendered alien, transformed into a bark or a growl or a rumble.

The elegant anguish cracks like breaking glass on “Warning!”, a filthy, screaming distorted electric guitar piece ( which got me thinking that the word ‘warning’ contains the word ‘war’), and then again proceeds into the most subdued folky languor. “Farthermost Shore” and “Glad For You” are angst-ridden but resigned quiet organic pieces – no banging, no noise, no clutter. A funereal composure, a gentle acoustic guitar, the odd pause, the odd bleep, the odd fracture.

Scion’s ‘peculiar sounds’, as the man himself refers to them, seem to exist somewhere in between classic neo-folk, with its mixture of tenderness and horror (think Current 93’s quieter works, or a more minimal Death in June) and a much starker, less intricately gothic landscape. There’s also something oddly churchy about his work, and equally something adolescently satanic. If that sounds like a strange and fuzzy panorama, that’s because this album is just that. Despite its general cleanliness, Through My Ghost contains something like a scream in a jar, made as if gasping for air.

A1. Sounds Of The Space Age
A2. Through My Ghost
A3. The Devilish Mother
B1. Warning!
B2. The Farthermost Shore
B3. Glad For You